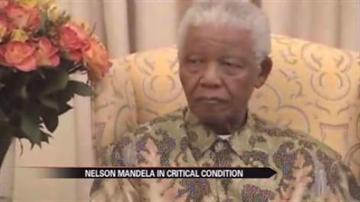 Nelson Mandela has taken a turn for the worse. He has been listed in critical condition.

The former South African president continues to battle a lung infection at the hospital. He has been listed in serious condition since he went to the hospital towards the beginning of June.

Reports say his doctors are doing everything they can to make sure he stays comfortable.