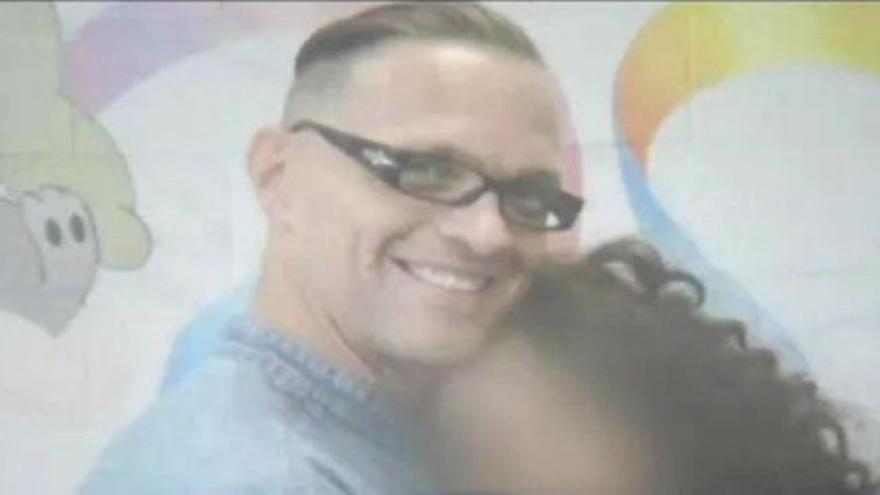 Convicted killer Scott Dozier was scheduled to die Wednesday evening, in what would be the first execution in Nevada in more than 12 years. Dozier will return to death row while the state goes back to the planning stages. Photo courtesy KVVU

LAS VEGAS (AP) — A state trying to execute its first inmate in 12 years using an untested combination of drugs is heading back to planning stages, and a twice-convicted killer who wants to die will return to death row, after a court postponed his lethal injection to allow a drug company to argue that it never intended for a sedative that it makes to be used for executions.

Scott Raymond Dozier's lawyer, Thomas Ericsson, called Wednesday "a roller-coaster" for Dozier, his family and two close friends who were meeting for what they believed to be the last time at a prison in the remote northeastern city of Ely when they were notified that Dozier's execution was off.

Dozier, whose execution also was postponed in November amid concerns about the drugs being used and who has attempted suicide in the past, was disappointed, Ericsson said. Dozier, 47, has said he wants to die rather than spend his life in prison.

"He was obviously prepared to be executed tonight," Ericsson said. "He found out right about six hours before that it was postponed again."

Wednesday's delay came after Nevada announced last week that it would substitute the sedative midazolam for expired prison stocks of diazepam, commonly known as Valium. That raised concerns among death penalty experts about whether Dozier would be unconscious enough not to react to pain when fentanyl was administered.

The delay leaves Nevada reassessing its options and stokes a debate about how the 31 states that have capital punishment can put anyone to death in an era when pharmaceutical companies ban their products for that use.

Pharmaceutical companies have resisted the use of their drugs in executions for 10 years, citing legal and ethical concerns. But the legal challenge filed by Alvogen is only the second of its kind in the U.S., said Robert Dunham, executive director of the Death Penalty Information Center in Washington D.C.

The previous challenge, brought last year by a different company in Arkansas, was ultimately unsuccessful.

Dozier told a judge that he doesn't really care if he suffers when he dies. But he allowed lawyers last year to challenge the three-drug method that Nevada planned to use, including the sedative diazepam, the potent opioid fentanyl and a muscle paralyzing drug called cisatracuriam. None had ever been used in an execution before.

Todd Bice, an attorney for Alvogen, said the company had sent a letter to state officials in April telling them it opposes the use of midazolam in executions.

Alvogen cited public criticism of "botched" executions in states when midazolam had been used.

Death-penalty watchers have pointed to inconsistent results with midazolam since the 2014 executions of Dennis McGuire in Ohio and Josph Rudolph Wood III in Arizona. It has also been used in Alabama, Arkansas and Florida. McGuire and Wood were observed gasping and snorting before they died. Wood's execution took nearly two hours.

A second pharmaceutical company, Sandoz, also raised objections at Wednesday's hearing to the use of one of its drugs — the muscle-paralyzing substance cisatracurium — in executing Dozier. The company did not immediately ask to join Alvogen's lawsuit.

Dozier was sentenced to death in 2007 for robbing, killing and dismembering 22-year-old Jeremiah Miller at a Las Vegas motel in 2002. Miller had come to Nevada to buy ingredients to make meth. His decapitated torso was found in a suitcase.

In 2005, Dozier was sentenced to 22 years in prison for shooting to death another drug-trade associate, whose body was found in 2002 in a shallow grave outside Phoenix. A witness testified Dozier used a sledgehammer to break the victim's limbs so the corpse would fit in a plastic storage container.

The state is expected to appeal the judge's order to the state Supreme Court, and the judge in Las Vegas has scheduled a Sept. 10 hearing involving drug company attorneys.

Nevada is required by law to use lethal injection for executions and some of the batches on hand are set to expire soon.

Unlike Texas, which has carried out more executions than any other state, Nevada does not have a compounding pharmacy to get its drugs.

Jordan T. Smith, assistant Nevada solicitor general, countered at Wednesday's hearing that the state didn't do anything wrong getting the drugs through shipments to Las Vegas from the prisons' regular pharmacy supplier.

Alvogen said in a statement that it was pleased with the ruling and will continue to work through the legal system to ensure its products are not used in executions.

It could now be several months before Dozier's execution is scheduled again.