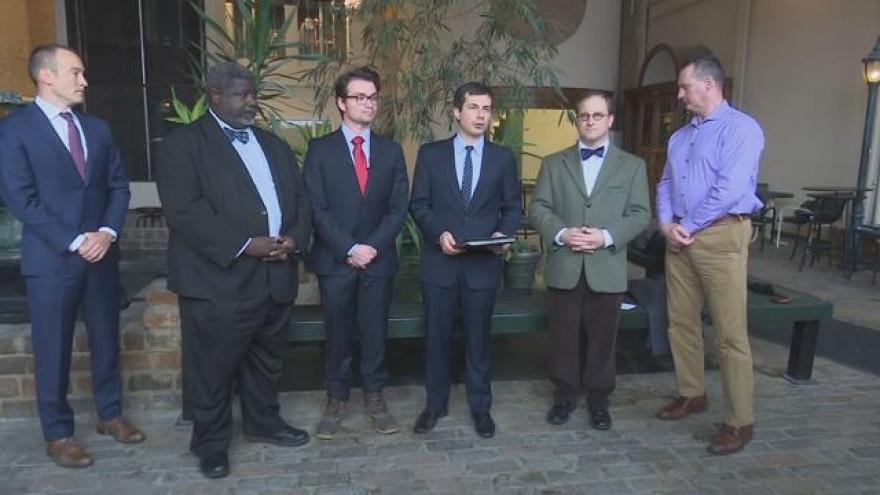 There’s a new plan in place for the Commerce Center mixed-use building.

After disagreements over the height of his proposed building, developer Dave Matthews and the city have reached a compromise.

“I think they key is everybody gave a little bit. The city gave on being willing to invest. The developer gave on the height,” Mayor Pete Buttigieg said.

The new plan only allows for nine stories and 144 apartment units.

However, the city will now give $5 million in TIF funding and a bigger tax abatement.

The Martin’s Supermarket and parking garage will still be included.

“I think it would have been a big mistake to lose this one,” Mayor Pete Buttigieg said.

Late last year, he along with majority of the council voted against it, which is why Matthews and the city had to meet at a new height.

“This is like a cake coming together. When you look at it, it is messy. You have the eggs, you have the flower, you have everything else, and people get mad about it. But at the end of the day, you have a beautiful, delicious cake,” Davis said.

But the flavor of this cake is still up for some debate.

Matthews has a year to finalize a construction plan before building.

In the meantime, he’ll need more approvals from the redevelopment commission, the board of zoning appeals and state regional development for Regional Cities funding.

“I don’t know what to expect, but we are definitely planning to make sure everyone’s happy enough,” Matthews said.

If all goes as planned, the high rise turned compromise will be finished in four years.