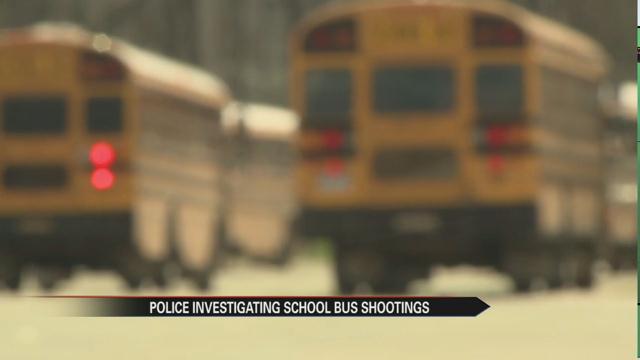 Police are looking for a suspect who fired a pellet gun at school buses in Dowagiac.

Friday, another victim came forward with new details that could help the investigation.

That's three separate vehicles hit by pellet guns within a half hour.

One of the buses that was shot at was out of commission for Friday's route.

But the district was relieved no students were hurt.

"We take students' safety very seriously and so anytime this happens our first concern is always the safety of our students," said Paul Hartsig, Dowagiac Union Schools Superintendent.

Moments before 3 PM Thursday afternoon, a bus filled with Union High Schoolers was hit with pellets.

The pellets shattered one window on that bus and a Marcellus Public School bus that was nearby.

"Two males and a female were seen running from the area," said Chief Grinnewald of Dowagiac Police. "The female was wearing a pink shirt."

Police received those details from the Marcellus Schools' bus driver.

"Another vehicle approximately 20 minutes before this was struck with a pellet as well and damaged the rear window of that vehicle" said Chief Grinnewald. "That driver waited until today to call and tell us, so we didn't know anything about it."

Police believe this newly reported incident could lead to a more accurate description of the suspects.

Meanwhile the school district wants to ensure the safety of its students by keeping parents up-to-date with new information.

"Putting the call out early helped to alleviate those fears and we did post on our Facebook a follow up this morning an article from MLIVE that kind of gives a better update of what was going on, so we try to keep our parents informed as well," said Hartsig.