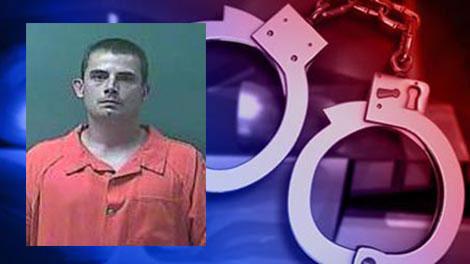 According to police, they responded to a hold up alarm at Family Express on Pine Lake Road.

The cashier said a man entered the store, waited until other customers left, approached the counter and demanded money. He threatened to shoot her if she didn't comply.

She gave him the money and he left the store and got into a tan Ford Explorer.

While on their way to the convenience store, officers were flagged down by the occupants of a tan Ford Explorer in the 400 block of Pine Lake Avenue.

The occupants said they had given the suspect a ride to the convenience store so he could use the ATM. While driving him back to his residence, he told them to hurry because he'd just robbed the store, according to police.

The driver stopped the Explorer and told the suspect to get out.

They said he entered a home at 441 Pine Lake Avenue.

Police surrounded the residence, obtained a search warrant and searched the home.

The suspect was not inside the house.

Jacob Borders, 35, was arrested Friday morning and was charged with robbery. He is being held on bond at the LaPorte County Jail.