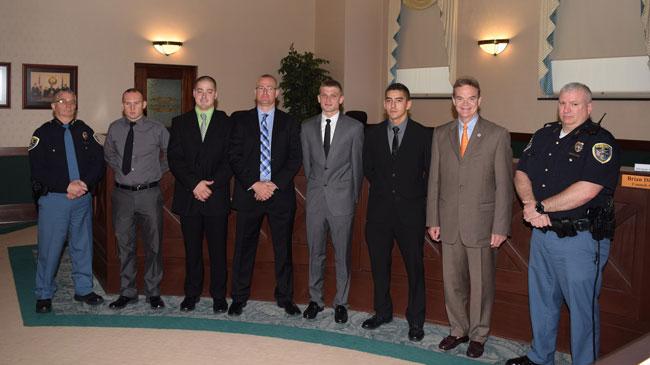 Elkhart Mayor Tim Neese swore in five new Elkhart Police officer during the May 10 Board of Safety meeting.

The department now has 118 officers and is budgeted for 126.

Officers Emery, Kime and Rodriguez will attend the 15 week Indiana Law Enforcement Academy in the near future.

Once they have completed the academy they will return to the Elkhart Police Department for an additional 12 weeks of field training.