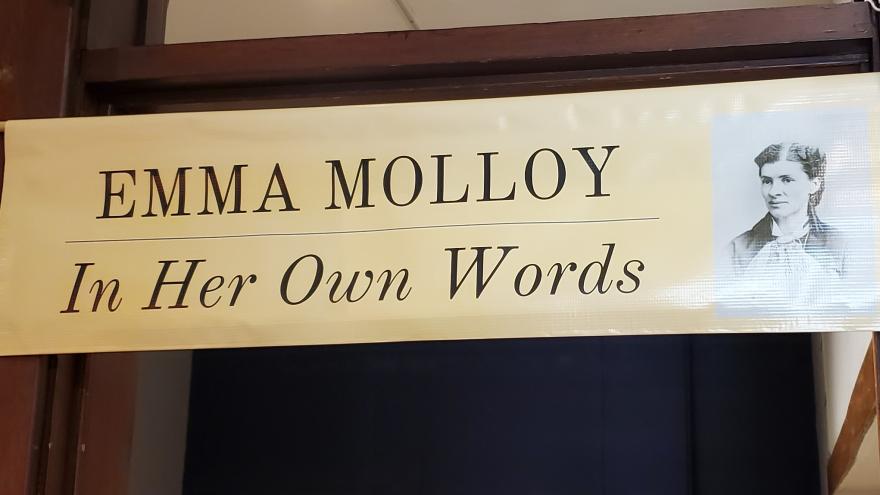 Emma Molloy became the first female newspaper editor in Northern Indiana when the first edition of the Elkhart Observer was published in 1872.

“We are very excited at the museum to share the story of Emma Molloy with our visitors. She has largely gone unknown, but had a huge impact,” said Patrick McGuire, Museum Curator of Education at the Elkhart County Historical Museum.

Molloy was known for becoming an advocate for women’s rights by speaking out for change to be made for a woman’s ability to divorce, a woman's temperance and women’s suffrage.

“For this exhibit we used excerpts from Molloy’s writings and speeches as the basis of the interpretation and used them to highlight how moments in her life influenced her advocacy,” added McGuire.

The Elkhart County Historical Museum is open from Tuesday to Saturday between 9 a.m. and 5 p.m.