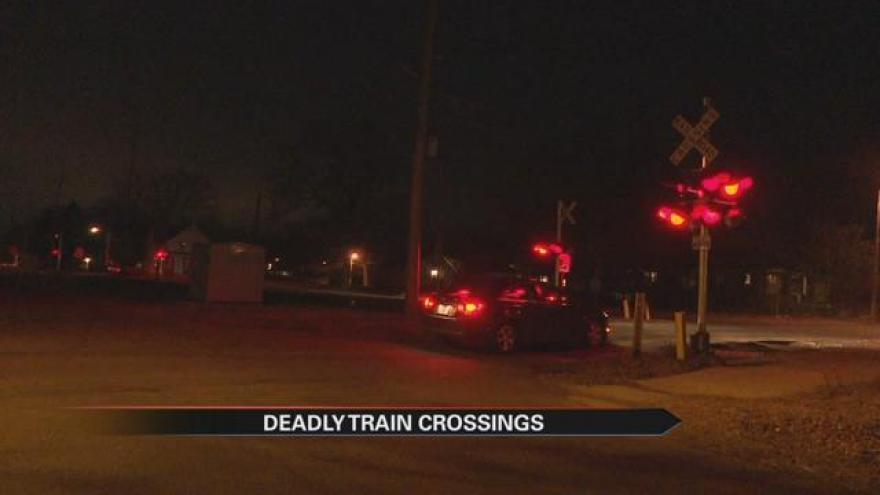 Two federal administrations are launching a new campaign to stop train crashes in their tracks. Indiana is home to one of the 15 most dangerous railroad crossings in the U.S.

Just two months after a train hit and killed a driver in Michigan City, the National Highway Traffic Safety Administration and the Federal Railroad Administration are teaming up to stop these accidents from happening.

Their new ad opens by saying, “If you think trains will stop if they see a car on the track, you’re right. They will, about a mile after they hit you.”

Then, you see a train slamming into a vehicle.

“Somebody’s family is going to be crushed under the weight of that freight train, because they didn’t have time to, and someone wasn’t paying attention,” said Michigan City resident Kristi Moore.

That’s exactly the message the NHTSA and the FRA are hoping to get across with their new ad.

It will be playing in the states with the 15 most dangerous railroad crossings.

Indiana is home to one of those in Muncie.

Michigan City saw its own tragedy at a railroad crossing on Pleasant Avenue back in December. A woman was killed when a train struck her car.

“It’s too hard to judge the speed of trains, and unfortunately people try to do that, by trying to get around the barricade and around the drop arm,” said Michigan City Police Sergeant Chris Yagelski.

I caught two people on camera crossing the tracks while the lights were flashing.

One plows right through the crossing.

The next one pauses, looking both ways, but then decides to proceed anyway.

Luckily, this time, they made it across.

That was not the case, however, for 109 other Hoosiers who got into accidents with trains in 2016, according to the FRA.

Kristi Moore has an idea as to why.

“I think that the state needs to look into installing more crossing gates to prevent these accidents from happening,” said Moore.

“I think the gates should be a mandatory thing in my opinion and the flashing lights, and to go around them should be a very stiff penalty,” said Sgt. Yagelski.

For the time being, Sgt. Yagelski has an important reminder.

“Trains will win,” he said.

Here is a link to the whole ad.

The ad used in the beginning and end of this piece is property of the National Highway Traffic Safety Administration and the Federal Railroad Administration.