New Hampshire police: Explosion was not likely an accident 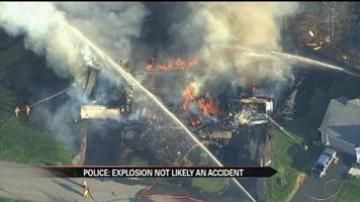 BRENTWOOD, N.H. -- Police in New Hampshire say the fiery explosion in a Brentwood neighborhood was likely not an accident.

A police officer, Steve Arklell, entered the home and was shot and killed.

Nolan's body was found after the explosion.

Police say it all started with some kind of an argument between Nolan and his 86-year-old father who also lived at the home at the time.