The normal number of Atlantic storms and hurricanes in a given season is increasing. The higher numbers reflect a changing climate and the increased number of storms that have already been occurring over the last ten years.

Climate normals, like temperature, precipitation totals, and number of storms, are based on data over a 30 year period. This data gets updated every ten years.

The new numbers include data from 1991 through 2020, and they will be in place as the Atlantic hurricane season begins on June 1.

Previously (using data from 1981-2010), it was normal to see twelve named storms per season. Now, that number has been raised to fourteen. That means on average, we are seeing two more named storms each year. 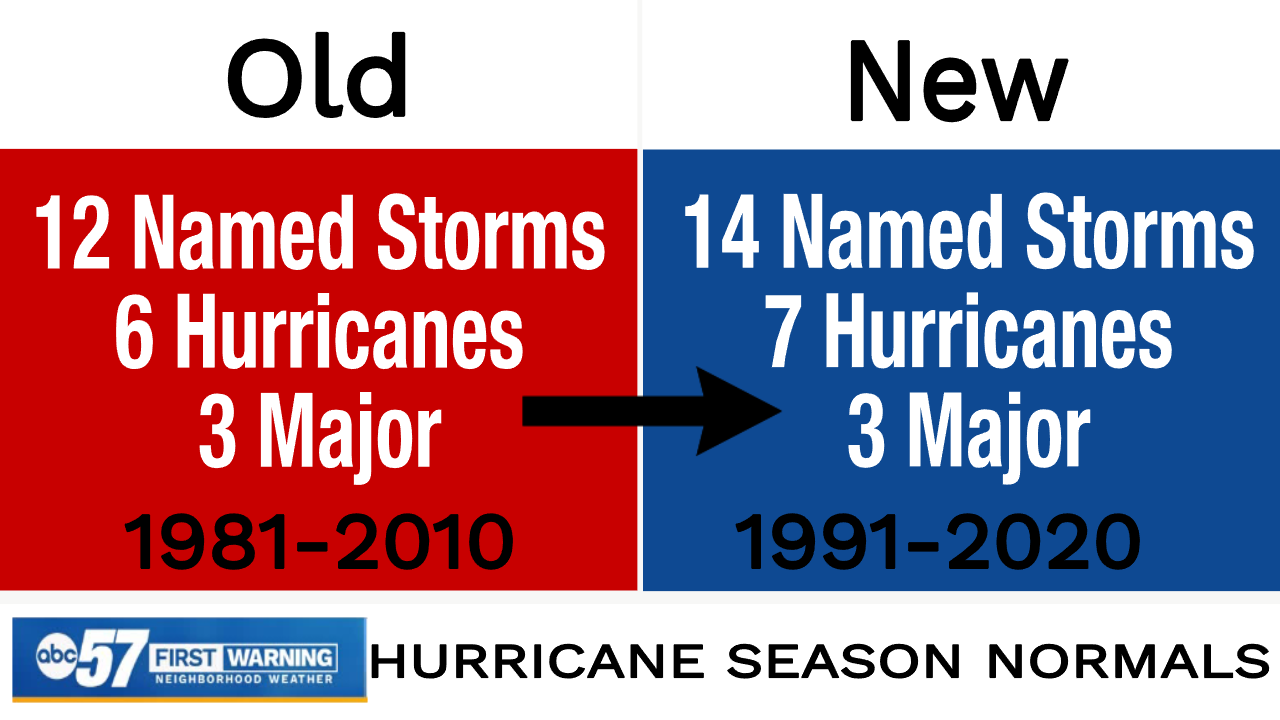 That might not seem like a lot to us here in Michiana, but that is two more storms each year that those in coastal areas have to weather.

Additionally, in previous hurricane seasons, it was normal to see six hurricanes. This number has also been increased to seven. The number of major hurricanes (category 3 or higher) remains the same after this shift in data.

This shift in climate was apparent after the 2020 season. There were so many named storms that the Greek alphabet had to be used to name additional storms. In total, there were 30 named storms last year.

Later this week, NOAA will release their outlook specifically for the 2021 season, but it will likely be reflective of the new normal numbers.

The names of this year's storms have already been released. Names are on a rotating list, and lists are reused every six years.

Occasionally, a specific name on the list is retired after destructive storms (think Katrina or Sandy). The list of names for 2021 was most recently used in 2015, and retired the names Erika and Joaquin. Now, we have Elsa and Julian for 2021. 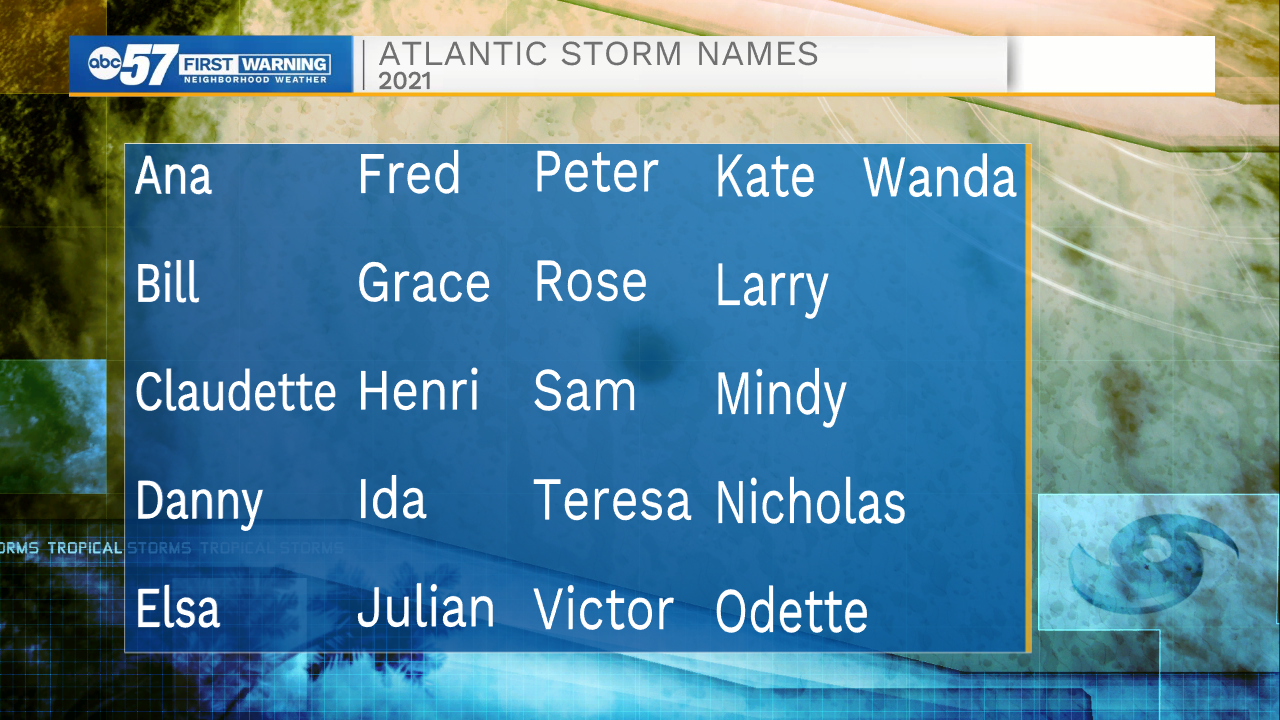 After the names were released, many noticed a few fun trends.

Ana and Elsa are the names of the sisters in Disney's Frozen (although Ana in the movie is spelled "Anna"). Additionally, there are quite a few names from the Marvel Universe in this list (Peter Parker who is Spiderman, Wanda, Dr. Victor von Doom, Sam who is Falcon). 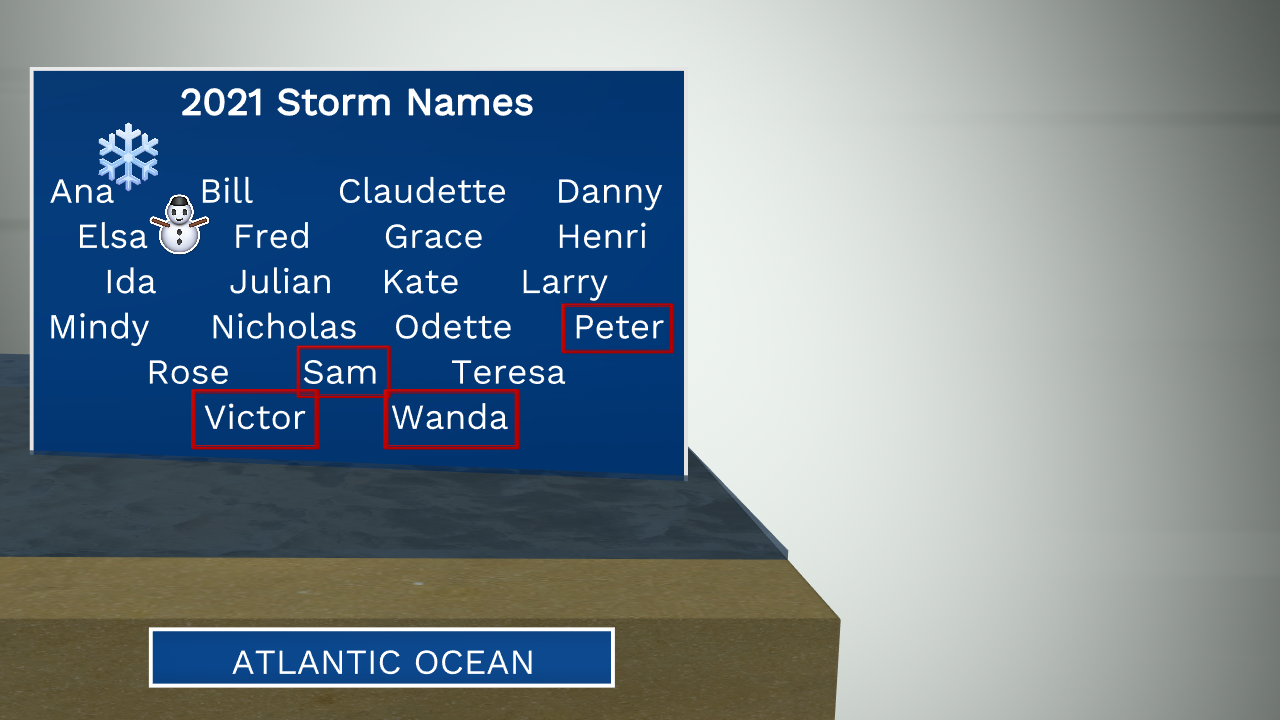 The World Meteorological Organization releases these names each year, and since most have been reused, it is likely just a coincidence (unless scientists at WMO are fans of these movies as well).