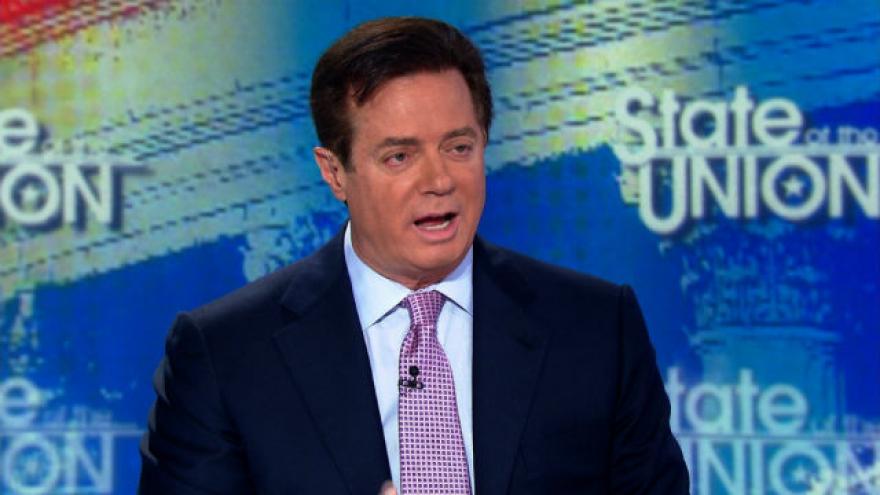 Prosecutors allege that Manafort, with the assistance of longtime business partner Rick Gates, "secretly retained a group of former senior European politicians to take positions favorable to Ukraine, including by lobbying in the United States."

The new indictment came less than two hours after Gates pleaded guilty to two criminal charges in federal court and pledged to cooperate with special counsel Robert Mueller's investigation of Russia and the 2016 presidential election.

Manafort also allegedly used $4 million from an offshore account to fund a report on the trial of a political opponent jailed by his clients. A lawyer involved in the report -- Alex van der Zwaan -- pleaded guilty to lying to investigators earlier this week.

The new charges, which sweep up some information Gates has conceded to investigators and other information in charges filed Thursday in Virginia federal court, include money laundering, foreign lobbying violations and making false statements.

Manafort has pleaded not guilty and maintains his innocence.

Gates admitted in a guilty plea Friday that he and Manafort had sent letters to the Justice Department in November 2016 and last February that falsely asserted they hadn't lobbied on behalf of Ukraine in the United States. The federal investigation into their lobbying work began in September 2016, about a month after Manafort left Trump's campaign.