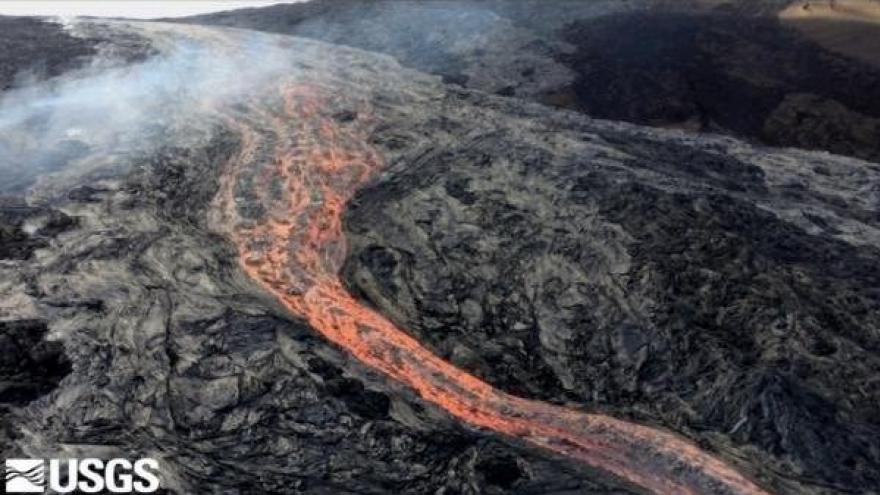 (CNN) -- Two new lava flows have broken out at the Kilauea volcano on the Big Island of Hawaii, according to the U.S. Geological Survey Hawaiian Volcano Observatory. The outbreaks are on same side of the volcano that caused evacuations two years ago.

"The initial flow activity has been vigorous, but neither flow is currently threatening any nearby communities," the USGS said Tuesday.

Kilauea, one of five active volcanoes on the island of Hawaii, has been erupting for nearly three decades, with two areas currently active.

The new lava flows are in what the USGS calls the East Rift Zone or Pahoa section of the volcano that first erupted in 1983.

In June 2014, a new vent on this side of the volcano threatened the village of Pahoa, forcing residents to evacuate and destroying at least one home, USGS spokeswoman Janet Baab told CNN then.

Lava flow from that breakout stopped in March 2015, and residents were able to return to their homes and businesses.

"The current activity does not pose an immediate threat to nearby communities, however, a glow may be seen at night," the USGS said.

There has been no change in seismic activity, according to the USGS.