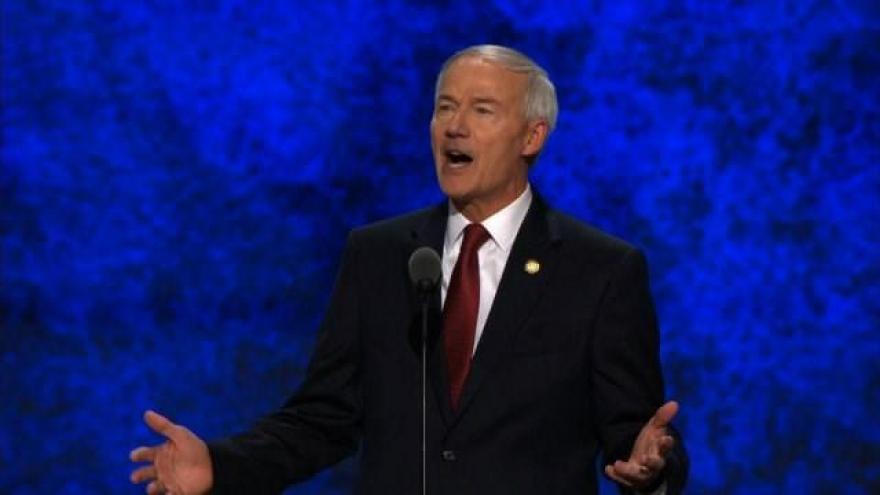 (CNN) -- A new Arkansas law will let a husband sue a doctor to stop his wife from getting a particular type of abortion. And it makes no exception for cases of spousal rape.

The law, called the Arkansas Unborn Child Protection From Dismemberment Abortion Act, was passed and signed by Gov. Asa Hutchinson, and goes into effect later this year. It prohibits dismemberment abortion, the most common procedure used in second-trimester abortions.

A clause in the law states that the husband of a woman getting the abortion can sue the doctor to stop his wife's abortion. The husband has to be the father of the child. And because there's no exemption in the law for rape or incest, a woman's rapist could theoretically file suit to stop the abortion.

The ACLU of Arkansas claims the law is unconstitutional and plans to challenge it in court before it goes into effect.

One Arkansas lawmaker said there wasn't much debate about those parts of the law.

"It was not something that was talked about on the Senate floor," state Sen. Joyce Elliott told CNN affiliate KARK. "If we cannot make headway on something like an exception for rape and incest, I think it just felt kind of fruitless to make some sense out of the rest of what was in the bill."

Elliott added, "They don't see the outrage in constantly putting the thumb on women to dictate what they can do and not do."

But another lawmaker believes husbands should have a voice in these decisions.

"I think a woman does have control over her own body, but when you have created a life, you created a life with someone else," said state Sen. Missy Irvin.

Kansas and Oklahoma passed similar abortion laws, which are tied up in the courts, according to CNN affiliate KFSM.

A few states, with conservative lawmakers emboldened by President Donald Trump's election, have passed strict new abortion laws, including Ohio, which passed a measure banning abortion after 20 weeks of pregnancy.