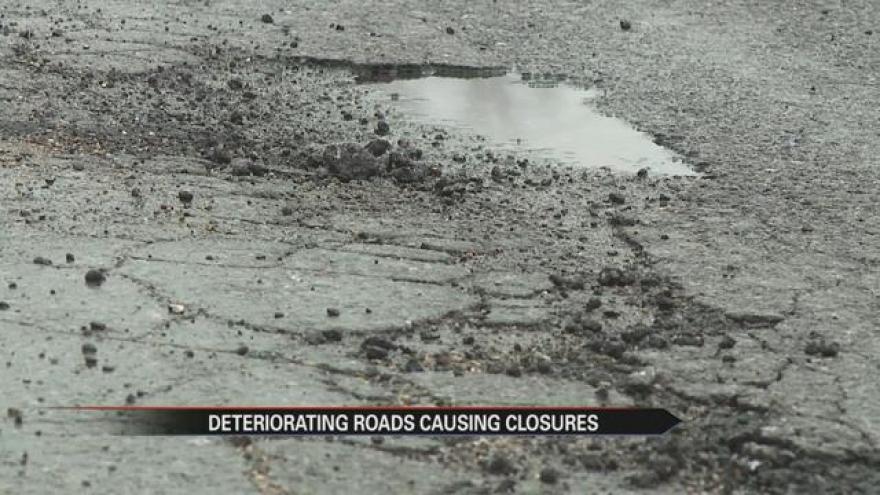 The struggle to maintain the state’s roads continues in Michigan.

In Berrien County, deteriorating roads are leading to road closures.

Potholes are making for one bumpy drive through Berrien County.

Drivers who take the roads every day said they could use a little TLC.

“The roads are pretty bad. There are some potholes that are craters,” Dawn said.

The problem boils down to money or lack thereof.

There are 1,500 miles of road in Berrien County.

The road commission said an asphalt road should last a good 15 to 20 years.

But the road commission is falling behind when it comes to maintaining them.

“We should be doing somewhere around 70 to 90 miles of asphalting over our road system to keep up. And right now we’re probably doing half that,” Berrien County Road Commission Managing Director Louis Csokasy explained.

Why? Because it is too expensive.

It costs thousands to repave just one mile.

A mild winter is saving the commission money, when it comes to overtime costs and salt purchases, but not as much as they would like, and not enough to complete all the necessary road projects.

So the staff is counting on a new law, just passed this year.

It increases both road and gas taxes.

The commission is optimistic it will eventually solve this ongoing nuisance.

Csokasy said, “We’re excited about it. As we look at it in the next five to 10 years we think we will finally change the face of the road system within Berrien County and make it much better.”

The commission said with the increase in funding they are also looking forward to purchasing new, more efficient trucks.