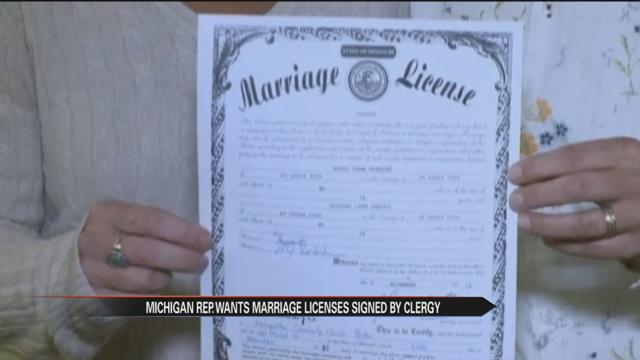 Republican State Representative Todd Courser out of Lapeer has introduced legislation that would require all Michigan state marriage licenses to be signed by a clergy member.

That means municipal and judicial officials would be barred from performing weddings.

In a statement posted to his website, Courser says the timing is right for this legislation with the supreme court's ruling on same sex marriage expected this week.

He says the purpose of the bills is to free public officials from approving marriages that go against their religious beliefs.

The bills have been referred to the Michigan House committee on government operations. Courser also says he is working on legislation to protect religious leaders from being forced to perform marriages against their beliefs.