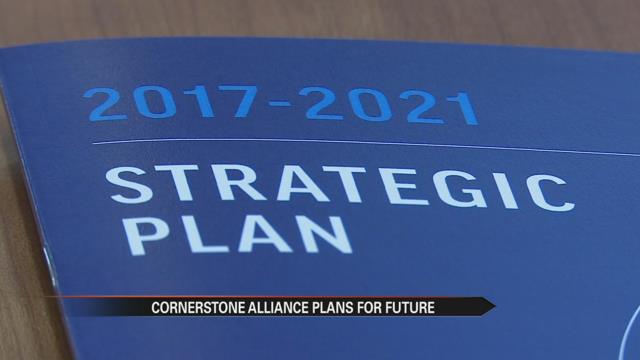 “We want to make sure that our existing investors know that the money that they’re putting into what we’re doing is making a difference,” Cornerstone Alliance President Rob Cleveland said.

Cleveland and his team spent six months putting together the five-year plan.

“Over the next five years, we’re hoping to attract more than $100 million of new investment into Berrien County,” Cleveland said.

The plan was presented to investors last week.

About 90 percent of Cornerstone’s budget comes from private sector donations, so the plan serves as both a reassuring agenda to current investors and an encouraging invitation to potential ones.

“That’s a great story to tell to companies that we’re trying to attract and site consultants, that this is a community where the private sector understands the importance of economic development,” Cleveland said.

The overall goal is to continue attracting new businesses and developers to Berrien County, and to strengthen ties with businesses already here.

Cleveland said the county has a lot of potential, and this plan will help take advantage of it.

“We’re a community that makes things,” Cleveland said. “I think it’s challenging for people who don’t leave the community to understand that not everybody in this country makes things. We have an amazing workforce that knows how to put things together and make things work, and that doesn’t happen all over the world.”

Cleveland said Cornerstone spends most of its time working with businesses that are already in Berrien County.

He said the vast majority of new jobs created are done so by businesses that are already in the community.