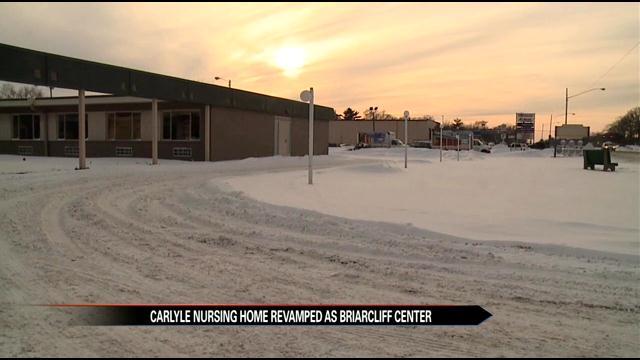 A big development coming to South Bend's west side will bring over 100 jobs. The old Carlyle Nursing Home on Western Avenue is getting a $4 million facelift.

It's a construction site right now but by March the building will be a state of the art rehabilitation center.
Executive Director Richard Kennedy says he's excited to bring Briar Cliff Health Care to South Bend's west side.

He says location is everything and Briar Cliff's spot on Western Avenue will change the way people view the city when they come in.

Kennedy and his team have paid extra attention to detail on everything from the stoves to the showers.

He says nothing like this exists anywhere near South Bend.

“Any city that's willing to bring in private dollars to make this kind of upgrade is obviously working in the right direction,” says Kennedy.

Briar Cliff will also bring in over 100 jobs and they hope to bring in patients from over 200 miles away.