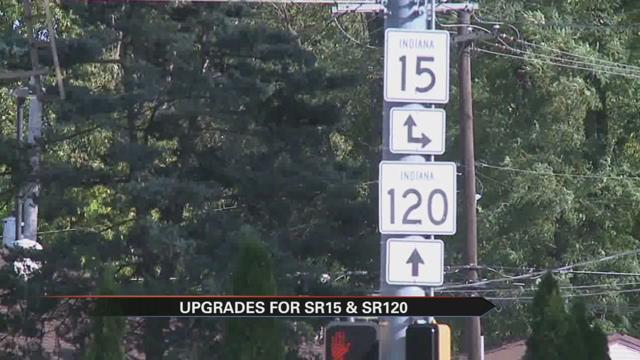 Cars zoom down S.R. 120 traveling east in Elkhart County. Soon they will have to slow down once they hit Bristol city limits. Neighbors say it’s about time.

“It’s a matter of people just go like a bat out of hell,” says Nancy Snyder a Bristol resident.

Snyder lives on S.R. 120 in Bristol and says the speed at which cars drive in front of her house is frightening.

“I get afraid to go over there across the street,” says Snyder.

Over the past five years she adds nothing has been done to improve the situation she finds in front of her home.

“They completed the study and suggested lowering of the speed limits,” says Swallow.

The speed limit between Illinois Street and Hillbish Boulevard on S.R. 120 could soon be reduced to 35 miles an hour from the current 40 miles per hour.

Speed isn’t the only thing that will change so will the flow of traffic.

“The higher traffic and just the volume of the traffic we have in town has really increased with all the industrial growth,” says Swallow.

Swallow says bumper to bumper is not only a problem on S.R. 120. There are plans for S.R. 15 between Industrial and Bloomingdale drives. Drivers can expect a decrease of 10 miles per hour from existing speed limits of 45 and 55.

"Hopefully it will reduce the crashes and make highway travel safer,” says Swallow.

Once this paper work is received, INDOT will then put together a time line to enforce the new speed limit.