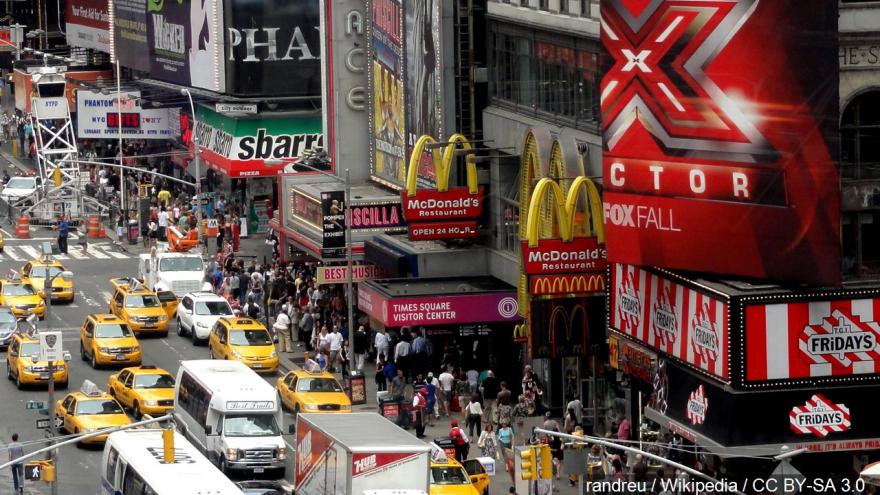 (CNN) -- Despite enduring its deadliest terror attack since 9/11, New York City is on pace to record its lowest murder total in decades.

The homicide drop mirrors an across-the-board reduction in major crimes over 2016, statistics released by the city's police department show.

There have been 278 homicides this year, as of December 17, compared with 325 at the same point last year, a drop of 14.5%, NYPD records show. Among those killed were eight victims of a Halloween attack on a busy Manhattan bike path.

The city's murder tally last peaked in the early 1990s, with more than 2,000 killings annually, according to police figures provided to CNN.

Numbers of felony assaults, burglaries and auto theft cases also decreased in 2017, compared with the prior year, along with a 10% drop in robberies, data show.

"We've seen the lowest number of index crimes here since the '50s," Police Commissioner James O'Neill said at a recent news conference, referring to the crime categories. "With informed, engaged and empowered communities, we're going to keep pushing those numbers down even further."

The number of times police fired their guns during an incident is lower than last year, as well. Officers had fired their weapons in 23 incidents as of December 17, compared with 37 incidents in 2016, Det. Sophia Mason said.

O'Neill and Mayor Bill de Blasio credited the recorded crime reductions to a focus on neighborhood policing, a strategy the NYPD started to implement in 2015.

Under the neighborhood policing model, each precinct has two "neighborhood coordination officers" who govern the precinct, plus 12 "sector" officers, O'Neill said. All are assigned to work regularly in the same precinct, rather than shuffling around, so they get to know the people and issues in their own communities.

"We're giving them back the ability to make decisions," O'Neill said. "No one knows better than the people patrolling those sectors and the people that live there what's actually happening."

Precincts also are divided along neighborhood boundaries, rather than crossing them, he said.

Of the city's 77 precincts, 51 have operated under this model since 2015, and recorded crimes have decreased at faster rates there, O'Neill said, adding that he hopes to implement the strategy citywide next year.

"My vision is to fully implement neighborhood policing, and that's to give our police officers the opportunity, the training, and the time to communicate, establish relationships, work together to identify problems, and work together to solve problems," he said.

O'Neill cited a focus on curbing gang violence as another reason crime statistics have improved. Precinct detectives work with comrades who focus on vice crimes, narcotics and gun violence to reduce gang activity, he said.

"We're also continuing to target gangs and crews who commit the majority of the violence in New York City," O'Neill said. "I think that, in conjunction with neighborhood policing, that's why you're seeing the crime numbers go down."