New York mayor will not be charged after fundraising investigation 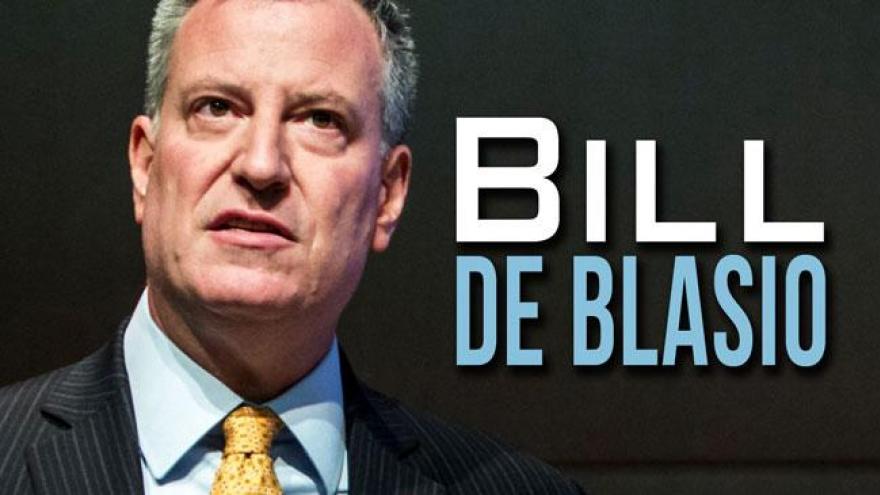 NEW YORK (CNN) -- Federal and state investigations into the fundraising practices of New York Mayor Bill de Blasio have concluded without criminal charges, even though the Manhattan district attorney said Thursday the actions of the Democratic mayor appeared contrary to the "intent and spirit" of campaign finance laws.

In a "rare" statement about the status of an investigation, the United States Attorney for the Southern District of New York said the office, along with the FBI, had looked into donations solicited by de Blasio's 2013 campaign and others "from individuals who sought official favors from the city, after which the mayor made or directed inquiries to relevant city agencies on behalf of those donors."

"After careful deliberation, given the totality of the circumstances here and absent additional evidence, we do not intend to bring federal criminal charges against the mayor or those acting on his behalf relating to the fundraising efforts in question," acting US Attorney Joon Kim said in a statement.

The announcement comes nearly a week after Kim's predecessor, Preet Bharara, tweeted Saturday that he was fired after his refusal to resign as requested by President Donald Trump's administration.

Bharara's refusal created a stunning public standoff last week, as 46 US attorneys across the country were asked to tender their resignations.

De Blasio, who campaigned on a progressive agenda and promise to narrow the widening gap between the rich and poor in the nation's largest city, was sworn in as New York's 109th mayor in January 2014.

"It confirms what I've said all along -- that we handled things in a legal manner, in an ethically appropriate manner throughout, me and all my colleagues, both in the government and outside," de Blasio said of the investigations.

At a news conference, de Blasio said he disagreed with some characterizations in the prosecutors' statements.

The mayor's tenure has been plagued of late by the parallel federal and state investigations.

His troubles began in part with a state Board of Elections suggestion that "reasonable cause" existed that de Blasio staff and associates had "devised and implemented a plan to fund targeted State Senate races by soliciting contributions from unions and wealthy donors," according to a letter released Thursday by Manhattan District Attorney Cyrus Vance Jr.

"After an extensive investigation ... this office has determined that the parties involved cannot be appropriately prosecuted, given their reliance on the advice of counsel," Vance wrote in his letter to the elections board.

"This conclusion is not an endorsement of the conduct at issue; indeed, the transactions appear contrary to the intent and spirit of the laws that impose candidate contribution limits, laws which are meant to prevent 'corruption and the appearance of corruption' in the campaign financing process."

In his 10-page letter, Vance said de Blasio associates had sought to help Democrats secure a majority in the state Senate in 2014 by encouraging wealthy donors to make contributions directly to county committees, which set higher donation limits.

The prosecutor said the de Blasio aides "monitored and directed the flow of money each step of the way from donor to the ultimate candidate recipient."

"The type of closely managed coordinated plan at issue creates an end run around the direct candidate contribution limits by taking advantage of inconsistent provisions in the election law," Vance wrote.

In February, de Blasio's press secretary said federal prosecutors had interviewed the mayor as part of an ongoing investigation.

De Blasio, who is up for re-election later this year, has denied wrongdoing. His press secretary, Eric Phillips, said in February that the meeting with federal prosecutors was voluntary.