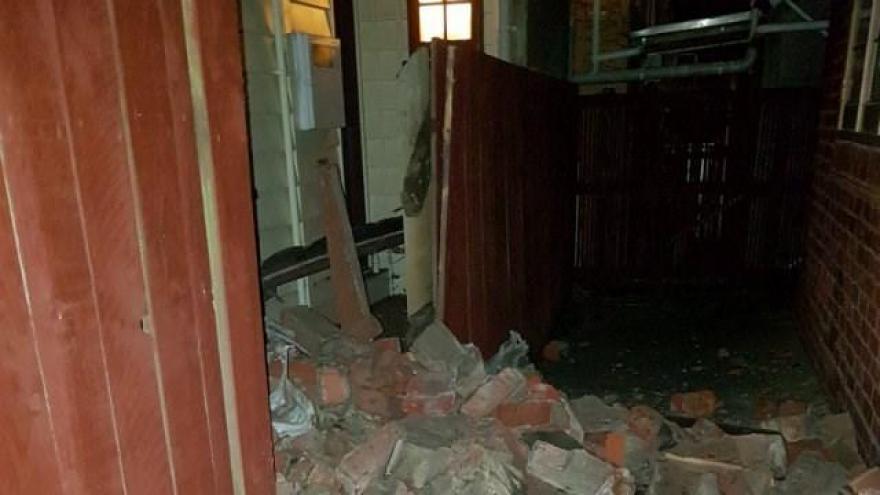 (CNN) -- A powerful 7.8-magnitude earthquake rocked New Zealand's South Island on Sunday, according to the US Geological Survey.

The quake's epicenter was about 50 km (31 miles) northeast of Christchurch city, which was devastated by a 2011 temblor.

A tsunami is possible, New Zealand Civil Defense said on Twitter, warning people near the island's east coast to move to higher ground.

Sunday's quake struck the Pacific nation at a depth of 23 kilometers (14.2 miles), the USGS said. And at least three aftershocks hit near South Island, USGS said.

Christchurch was devastated by a 6.3-magnitude earthquake in 2011, which killed 185 people and injured thousands. It reduced swathes of the city's historic area to rubble.

"The land has been very peaceful for many, many months. So this is bringing back all the rare memories," Chet Wah, owner of Designer Cottage B&B in Christchurch, told CNN

Christchurch has a population of over 340,000 people, according to the most recent government census.

New Zealand is regularly hit by earthquakes as it sits in a "collision zone" between the Indo-Australian and Pacific tectonic plates.

It is part of the Pacific's "Ring of Fire," where many earthquakes and volcano eruptions occur.