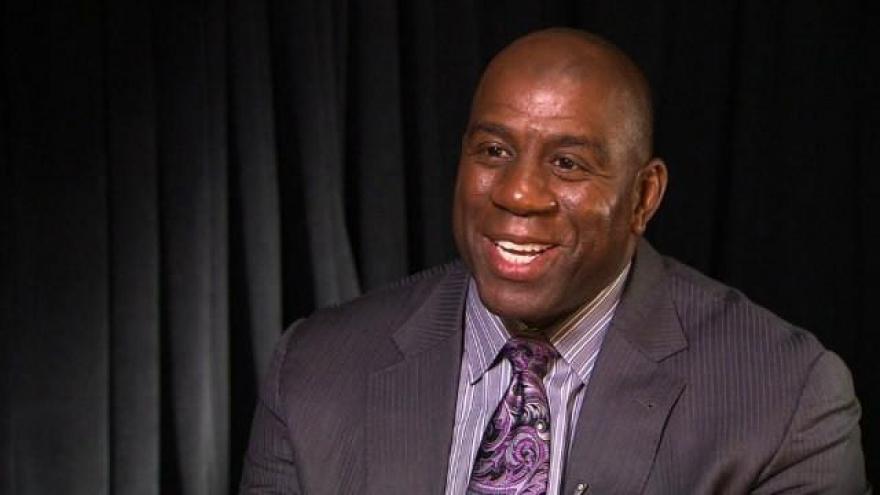 But this time he's investing in New York infrastructure as part of the LaGuardia Airport redesign.

Magic Johnson Enterprises teamed up with Loop Capital Markets LLC and its CEO Jim Reynolds to become equity investors in LaGuardia Gateway Partners. They will design, build and maintain the airport as part of a 35-year lease with the Port Authority of New York and New Jersey.

Johnson has repeatedly expressed interest in investing in an infrastructure project, and created the JLC Infrastructure Fund with Reynolds.

In October 2016, he was part of a group that bid on the renovation of one of the terminals at Denver International Airport.

At a Bloomberg forum in April, Johnson said he was excited about infrastructure projects because "we will be rebuilding America."

The news of his involvement in the renovation of LaGuardia came during a press conference on Tuesday -- the same day that developers broke ground on construction of the eastern part of the airport.

National Urban League CEO and President Marc Morial said it was the first time in New York state history that a governor had required that a minority or women-owned business enterprise be an equity partner in such a large project.

In total, the renovation of LaGuardia will cost $8 billion. More than half of that money will come from the private sector.

It's the largest public-private partnership in the history of U.S. aviation, according to a release from Governor Andrew Cuomo. It will be the first new U.S. airport since Denver International opened in 1995.

Delta invested $3.4 billion in LaGuardia -- its largest stake ever -- and will get exclusive use of the eastern part of the airport. It will begin using the terminal in 2021.

Johnson retired from basketball in 1996 and turned his eye to business. He currently serves as the president of basketball operations for the Los Angeles Lakers, the team that made him a household name.