Where are the world's nuclear weapons? 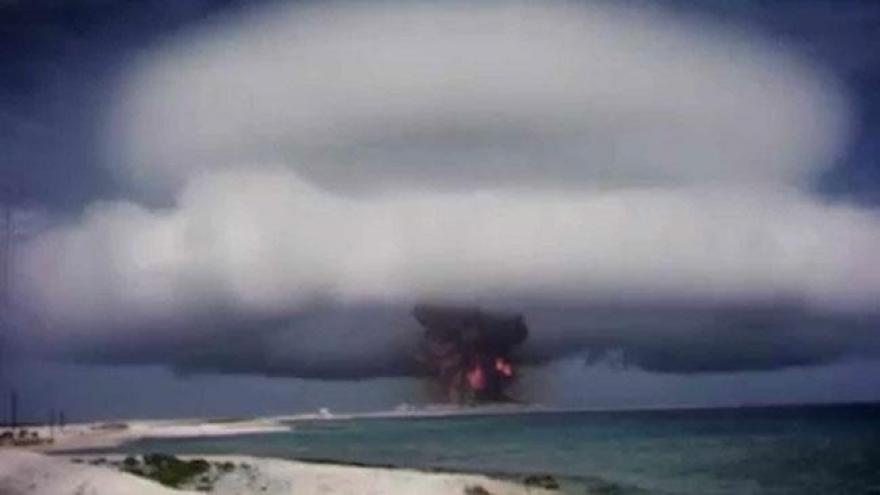 (CNN) -- Nine nuclear-capable states exist in the world, but only eight of them -- all but North Korea -- are believed by experts to have weapons mature and developed enough to be readily incorporated into the arsenals of their armed forces.

That is, of course, a rapidly developing situation. A North Korean official threatened this week that his country would test a hydrogen bomb over the Pacific Ocean after President Donald Trump called North Korean leader Kim Jong Un "rocket man" and the North Korean shot back that Trump was a "dotard."

The road to North Korea's weapons capability follows decades of ups and downs as nuclear states such as the United States and Russia have built up and dismantled their programs.

Today, Russia is believed to have the most nuclear weapons, with 4,300. Not far behind is the United States, with 4,000, according to The Bulletin of the Atomic Scientists' Nuclear Notebook. Of the world's approximately 15,000 nuclear weapons, 9,400 are in military arsenals. The remaining weapons are retired and awaiting dismantlement. Nearly 4,000 are operationally available, and 1,800 are ready for use on short notice.

But after large-scale disarmament efforts by superpowers such as the United States, we're really at a low point in what was once a world that packed three or four times more operational nuclear power. See the chart below for a visualization of how nuclear arsenals have changed over time.

In the late 1980s, the Soviet Union held about 40,000 nuclear weapons. The United States had close to 24,000. In fact, the Soviet republics during that time held more than three times the total world arsenal today, all on its own. All those Russian weapons were once housed in almost 500 facilities in the early 1990s. Today, researchers believe they are they stored in 48 facilities.

North Korea is believed to have developed nuclear weapons capability, but there is a high degree of uncertainty around whether the nation has actually built weapons. However, there is no disagreement it has produced fissile material that could be turned into a nuclear weapon.

The United States believes that North Korea will be able to launch a reliable nuclear-capable intercontinental ballistic missile by early 2018, a US official familiar with the latest intelligence assessment confirmed to CNN in July.

Hans Kristensen, director of the Nuclear Information Project at the Federation of American Scientists, told CNN via email that the "the intelligence assessment is that they have produced sufficient fissile material sufficient to potentially build 30-60 warheads, not that they necessarily have built that many operational weapons."

Other experts said they think that number is on the high side.

As the below map shows, nuclear weapons are spread throughout the globe, with the exception of Africa and South America. Although Israel has not acknowledged its nuclear weapons program, experts from The Bulletin of the Atomic Scientists assess that the country possesses about 80 nuclear weapons.

South Africa was believed to have nuclear weapons, but voluntarily give them up, according to the Nuclear Threat Initiative.