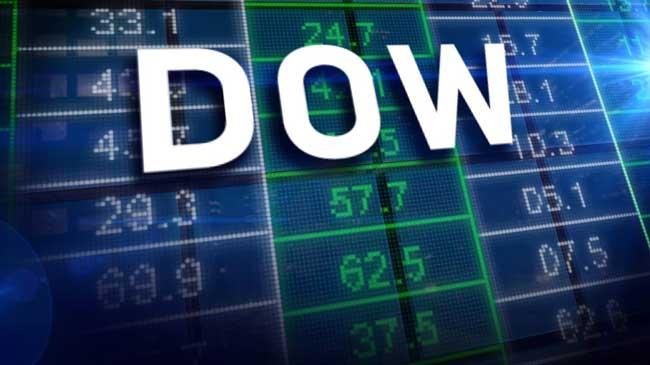 NEW YORK (CNNMoney) -- The stock market's post-election euphoria has subsided a bit. But the Dow is still trading above 19,000 -- which means it is less than 5% away from topping the much sexier psychological milestone of 20,000 for the first time ever.

Will the Dow get past 20K anytime soon? Or will the Trump bump on Wall Street be replaced by the Trump slump?

Investors seem to be waiting for more concrete economic proposals from Trump as well as a decision about who will be his choice for key Cabinet positions such as Treasury Secretary, Commerce Secretary and Labor Secretary.

There are also questions about whether Trump will really help push the economy into a higher gear. Will consumers respond in kind by spending more? Stimulus should be good for GDP and corporate earnings.

But at the same time, Wall Street is a tad worried that Trump's rhetoric on tariffs, attacks on big businesses for hiring more overseas and Twitter wars with Silicon Valley could backfire and lead to a pullback in the markets and slowdown in the economy.

It looks like the President-elect is quickly learning that, to quote what George Washington says to Hamilton in Trump's least famous musical, winning is easy and governing is harder.

With that in mind, it's unlikely that the Dow will hit 20,000 before the end of the year. Investors would have to put aside all concerns about the incoming administration, which seems unlikely.

Still, market strategists think that the market could still get a bit of a so-called Santa Claus rally. Stocks often rise in December.

The path of least resistance for stocks still appears to be up. Infrastructure stocks, defense stocks and retailers have all shot higher in the wake of Trump's win.

Caterpillar, Boeing, United Technologies (which owns Carrier, one of the companies Trump has feuded with about moving jobs to Mexico) and Home Depot have all outperformed the broader market since the election. They are all in the Dow too.

So the possibility of the Dow hitting 20,000 at some point next year is looking more promising.

Saut said he also isn't concerned that Trump's tough talk on trade will become actual economic policy. He thinks Trump is more likely to focus on cutting back some of the more onerous rules put into place in the past few years.

"Things were in place for a broader move up already but Trump will hasten them along with less regulation. And his election rhetoric will not be as austere regarding trade," Saut said.

"Even our clients that supported Hillary Clinton conceded that there are too many regulations. We need a less confusing array of them to avoid a lull in productivity," McCain said.

Trump's stimulus plans could also put an unintended dent in the economy due to concerns about how the government will pay for $1 trillion or more in infrastructure improvements.

"There is reason for optimism but investors have still gotten ahead of themselves," McCain said. "Interest rates could rise rapidly on fear of higher deficits. That would not be great for the economy."

Other experts point out that Trump may not be able (or willing) to deliver on his promise to "drain the swamp." (A cynic might note that Trump's calls to shake up the powers that be in DC isn't much different from Obama's "change we can believe in.")

But Can Trump really blow up the status quo? Some experts are skeptical.

"The market has been focusing on Trump's pledge to lower taxes, increase domestic spending, and reduce regulation," wrote Brett Wander, chief investment officer of fixed Income for Charles Schwab Investment Management in a report this week.

"The big question is: Can Trump deliver? Even with a majority in the House and Senate, it's still hard to get things done in Washington. Moreover, it's even harder to get them done quickly," Wander added.

So investors will have to be patient. The Dow could wind up hitting 20,000 at some point during Trump's first year in office.

But the market is still going to be prone to fits and starts. The start of Trump's presidency could also be bumpy given his lack of experience in Washington -- not to mention his continued penchant for tweeting lies and misinformation about a variety of matters.

It may be a mistake to assume that market volatility will go away. After all, one of the more volatile personalities ever to run for office is about to become president.