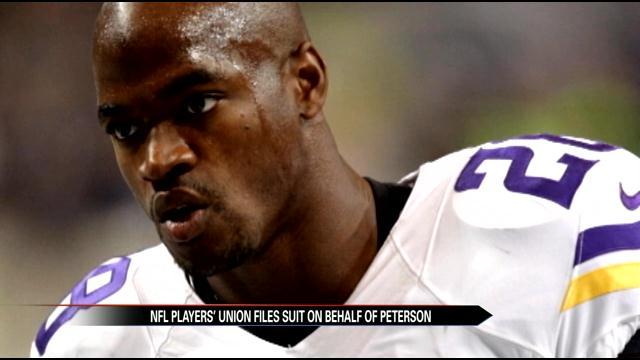 The NFL Players' Union filed a lawsuit claiming the league failed to honor a deal with suspended NFL star running back Adrian Peterson regarding his suspension for abusing his son.

The former star claims the NFL promised him a 2-game suspension, not the indefinite ban he is now serving.

Peterson's lawyers say a November 12th phone call between Peterson and an NFL executive proves it.

The six-time All-Pro pleaded no contest with no jail time for beating his four-year-old son with a switch.

The lawsuit says the NFL has been inconsistent in its punishments.