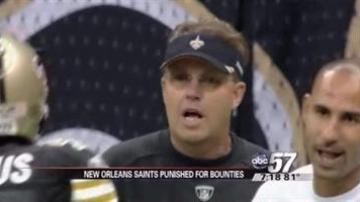 There was a major shake-up on Wednesday in the NFL.

Head CoachSean Payton was suspended without pay for the upcoming season.

The Saints were also fined and the team has to forfeit some draft picks.