Nikolas Cruz, brother might have $1 million in bank, attorney says 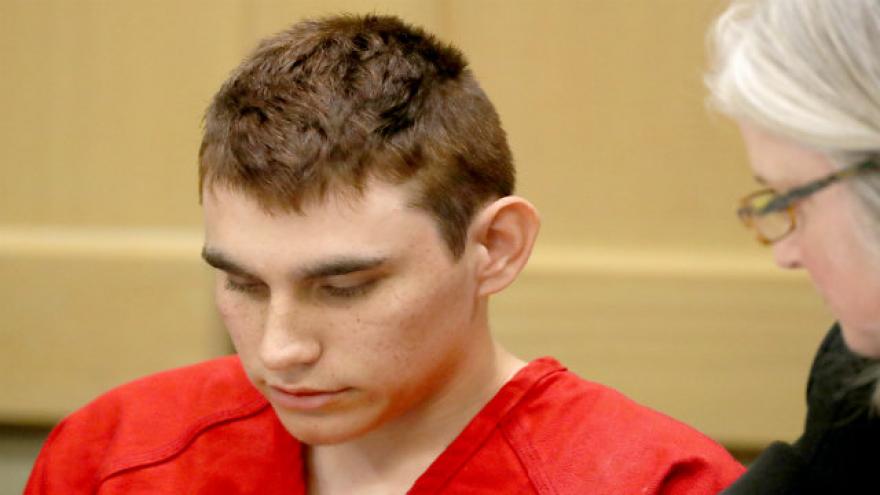 A hearing will be held Wednesday to determine whether Marjory Stoneman Douglas High School in Parkland shooter Nikolas Cruz can afford to hire his own attorneys so taxpayers can stop paying for his public defender. Photo courtesy Pool/Getty Images

(CNN) -- Nikolas Cruz could be worth hundreds of thousands of dollars, his public defender said Wednesday as the Florida school shooter appeared at a hearing to determine if taxpayers will pick up the tab for his defense.

Wearing an orange jumpsuit and flanked by five Broward County Sheriff's Office deputies, Cruz looked down as his defense team addressed the court. At least another 15 deputies looked on from various spots in the courtroom.

Attorney Howard Finkelstein pleaded with the court to wait until the probate case involving Cruz's late mother's estate concluded and Cruz's net worth could be definitively determined.

Cruz faces lawsuits and there are claims against his late mother's estate, which complicates the matter of his indigence, Finkelstein said.

Whatever his worth, Finkelstein said, Cruz would like whatever money isn't used on his defense donated to a cause that promotes healing and education in the community, the attorney said.

"Let it go to those who have been hurt, period," he said.

Cruz has one or two annuities, his defense told the court. A statement shows one annuity included a deposit of more than $3,333 into Cruz's account last year, but he does not have access to the money at this time, his attorney said. It's also not clear how frequently the annuity pays, lawyers said.

If it's an annual deposit, it won't mean much, but if it's a monthly payout, Nikolas Cruz and his brother, Zachary, could have as much as $1 million in the bank, in which case, Nikolas could pay for his own defense, Finkelstein said.

The probate court will decide how that money is split among the brothers, he said. Zachary sat in the gallery during Wednesday's hearing.

Nikolas Cruz also has a bank account with $353 and receives dividends from about $2,200 in Microsoft stock, his lawyers said. The bank account contained $12,310 in October, but Finkelstein said he isn't sure where the remaining money went. Cruz's prison commissary account contains $669, his defense told the court.

Cruz also has a life insurance check for $25,000, but he has not been able to obtain it, his lawyers said. Attorney Melisa McNeil said it was against the policy of the public defender's office to handle such financial matters for clients.

If Cruz has access only to the $25,000 check and the money in his accounts, then there is no way that would cover two or three years of expenses in a capital murder case, Finkelstein told the court.

"That amount of money would already be gone," he said.

Judge Elizabeth Scherer said she would make a decision on Cruz's indigence before April 27, the next court date in the case.

Cruz killed 17 students and faculty at Marjory Stoneman Douglas High School in Parkland on February 14 in one of the deadliest mass shootings in modern US history.

Police arrested him shortly after the shooting, and Cruz has confessed to being the gunman, court documents show.

Prosecutors have said they will seek the death penalty. They listed several factors, including that Cruz knowingly created a risk of death for many people and the shooting was "especially heinous, atrocious or cruel."

Cruz's defense team has said there is no question he did it, and he's willing to plead guilty to avoid the death penalty.

For the sake of the families involved, Finkelstein told CNN, he would prefer his client take a plea and serve 34 consecutive life sentences, one for each of the counts on which he's been indicted.

Finkelstein reiterated this during Wednesday's hearing, to the prosecution's frustration.

"The state of Florida is not allowing Mr. Cruz to choose his own punishment," Assistant State Attorney Shari Tate told the court.

Last month, his defense attorney told a judge the teen was standing mute to the charges -- meaning he was declining to enter a plea. The judge entered a plea of not guilty on Cruz's behalf.