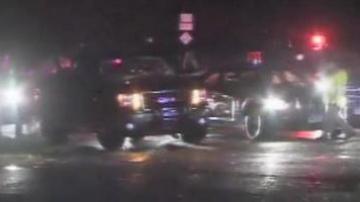 In April 2012, 27-year old Kory Bridges was behind the wheel of a car that struck and killed a pedestrian identified as 51-year old Charles Lintz as he was walking along M60 near Lilac.

Bridges fled the scene that night, but turned himself in the next day, telling authorities that he thought he'd hit a deer.

When ABC 57 reported about Bridges' arrest last November, he was facing up to five years behind bars after being charged with failure to stop at the scene of a fatal accident.

Then in August, the 27-year old pleaded no contest to a lesser charge, moving violation causing death, a misdemeanor with a maximum penalty of 1 year in prison.

Bridges was sentenced to 60 days in the Cass County Jail with time served and two years probation.