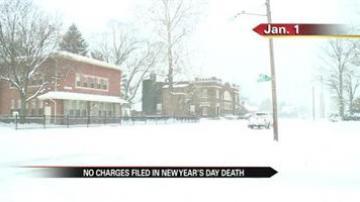 BENTON HARBOR, Mich -- Prosecutors in Berrien County will not be filing felony charges against the friends of a Benton Harbor teenager who was found dead on New Year’s Day.

Eighteen-year-old Karrington Penny was found frozen in the front lawn of a home on East Empire Avenue on New Year's Day.

After a thorough investigation, prosecutors say his death was an accident.

They say there was only one set of footprints in the snow leading up to his body.

An autopsy showed he died of hypothermia and substance abuse.

The woman who hosted the New Year's Eve party was charged with a misdemeanor.