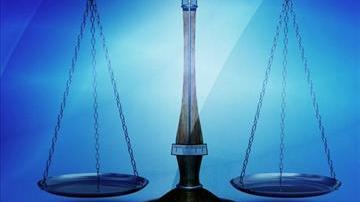 ST. JOSEPH COUNTY, Ind.  -- The special prosecutor assigned to determine whether criminal charges would be filed against Henry Davis Jr for an image posted to his Facebook page has made a decision in the case.

Daniel Hampton, Prosecuting attorney for Kosciusko County submitted his report on May 14.

Henry Davis Jr posted a photo of a man engaging in inappropriate activity with a dog to his Facebook page. The image included a link to an article.

Several concerned citizens who saw the photo on his Facebook page, also shared the link and image or took screenshots of the image on Davis' page.

Hampton determined that the image was obscene material under the law.

However, he determined that Davis and the other people who shared the photo, likely did not realize that sharing the obscene photo was a violation of the law.

In addition, Hampton determined there was no criminal intent on Davis' part or on the part of anyone else who shared the photo.

Hampton declined to file charges in the case.

I am elated with the Prosecutor Hampton's decision not to file any formal charges in light of the issue regarding my Facebook post. I apologize for my lapse in judgment, and for the distraction from the important work that this issue has caused. I would also like to thank all of my supporters for standing behind me during this trying time. As we move forward it is incumbent on us to focus on the issues that so deeply affect the residents of South Bend: high unemployment, low high school graduation rates, loss of tax base and crime in our neighborhoods.

I ask my fellow South Bend residents to remain steadfast in our collective efforts in keeping our elected officials accountable but also in supporting us while we work on the important work ahead. I am convinced that South Bend will prosper again.