No injuries in Buchanan salon fire 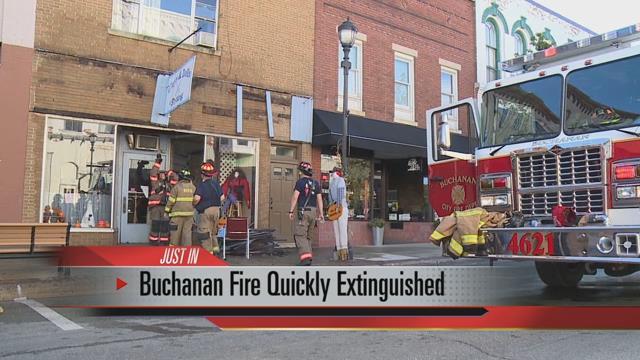 A fire on East Front Street caused a hair salon and an upstairs apartment to be evacuated Monday afternoon.

Firefighters from the Buchanan Fire Department responded to reports of a fire outside of Guys and Dolls Styling at approximately 3:00 p.m.

Officials initially thought the fire was between the floors.

It was later determined the fire was on the sign and the wood on the exterior of the building.

“We aren’t sure exactly what the cause was but it appears to be some type of external heat source like a cigarette or something. It wasn’t electrical. Nothing going on in the apartment above or in the shop below,” said Chief Mike Adams, City of Buchanan Fire Department.

Crews were able to put out the fire quickly and clear the scene by 4:15 p.m.

No one was injured in the fire and no damage to the structure of the building has been reported.