No injuries in fire at ethanol plant in South Bend 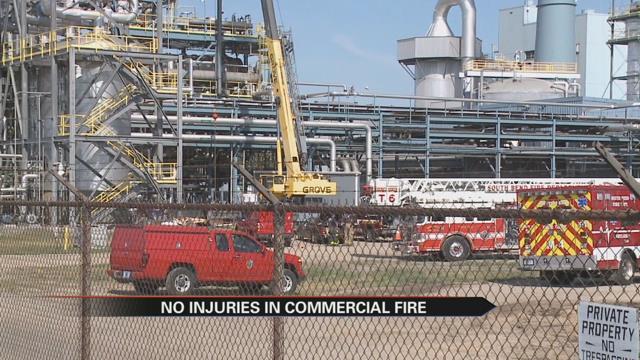 Employees at the Noble Americas Ethanol Plant were evacuated Thursday after a fire broke out at the plant on West Calvert.

The fire started just before noon.

According to firefighters, the fire was contained to one of the rolling steam dryers for the processed corn.

"This plant here we had six engines companies 2 ladders a couple ambulances. It is a larger scale. And then upon arrival the majority of the fire was out. Very little water was used. The employees here activated their system and extinguished most of the fire," said Gerard Ellis of the South Bend Fire Department.