Nominations being accepted for new award named after Denise Bohn 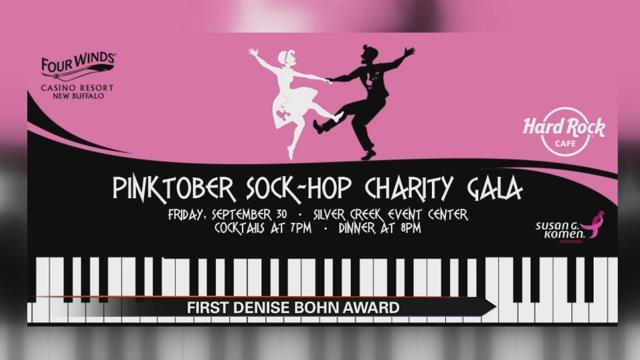 A new award named after Denise Bohn will honor the radio personality’s life and legacy as a passionate breast cancer survivor five months after her death.

“I want her to be remembered for her fight for life,” Southwest Michigan Susan G. Komen Development Director Katie Hess said.

Denise Bohn was a fighter who survived breast cancer and became a passionate advocate for fighting to end the disease – all while pursuing a career in radio and TV.

She was killed inside her Royalton Township home in April – the victim of a murder-suicide her husband committed.

“We were like family,” Four Winds Casino Hard Rock Café Director of Operations Brant Coulter said. “And we felt that we had to keep our promise to her by making something big and better, and we feel like she’s looking down, helping us with this.”

A charity gala Bohn had started planning with Coulter and the Hard Rock staff at Four Winds Casino last year will go on as planned on September 30.

The night out will raise money for the Susan G. Komen Foundation that Bohn pledged her life to.

As part of the event, an award in Bohn’s name will be given out; starting a new tradition.

“It’s a great way for us to reach out and find that member of the community that embodies the same spirit that Denise took to her job each and every day, from the moment she woke up to the moment she went to bed every night,” Coulter said.

Hess is accepting nominations for the award until September 15. In 100 words or less, you can email a nomination to Hess at [email protected]

A nominee can be involved in any type of charitable giving or leadership; it does not have to be breast cancer-specific.

“It’s easy for us, you know, looking outside to know how much Denise did for a lot of people, but whether or not she realized it, we don’t know,” Hess said. “Being able to recognize someone, and having a community recognize them, for what they’re doing is amazing, so that they can see their impact right now.”

Bohn’s friends hope to sell 700 tickets for the event, and raise thousands to fight cancer.

There will also be a silent auction in the week leading up to the gala, and a live auction the night of.

Hess said it’s all in an effort to continue Bohn’s – a mother of three – mission.

“She truly left a legacy,” Hess said. “And her memory is an inspiration to a lot of people.”