Non lethal weapon made in Elkhart 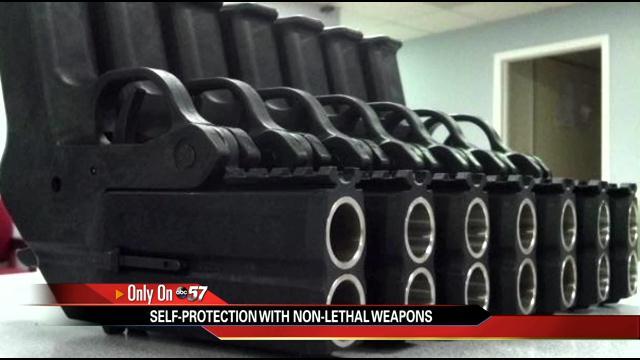 A Michiana man has a weapon that looks and performs like a gun, but it isn't lethal.

Taking a life in self defense will leave an lasting impact on anyone, but what if someone could defend themselves in a different way?

Thomas Teach, the CEO of Bruzer Less Lethal International, said, "You have to be prepared to take somebody's life, but do you have to go that far every time?"

He trains members of the military, law enforcement, as well as some civilians.

His company also makes ML 12's which is a non lethal weapon. It looks and acts like a real gun but won't kill.

Instead it will inflict a significant amount of pain, potentially giving a victim time to get away.

The ML-12 has gained attention locally. Teach says a Michiana jail has them on hand and now the U.S. government has taken interest.

The ML-12 has a unique design, you can't load an actual bullet inside the chamber. If you try, the ML-12 won't even function.

They vary from bean bag rounds to distraction signaling rounds.