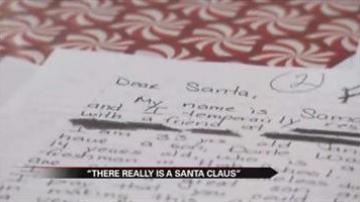 CHICAGO -- With Christmas less than a month away thousands of letters to Santa have been received at the Chicago post office.

One non-profit group is giving a helping hand. The group "There Really is a Santa Claus" is answering letters, of course just the ones Santa himself can't answer, and are putting smiles on children's faces.

"People like to give. So I like to be that liaison between the people who need to the people who want to fulfill that need," said Robin Anderson, U.S. Postal Service Spokeswoman.

The post office has received 9,500 letters so far this season.