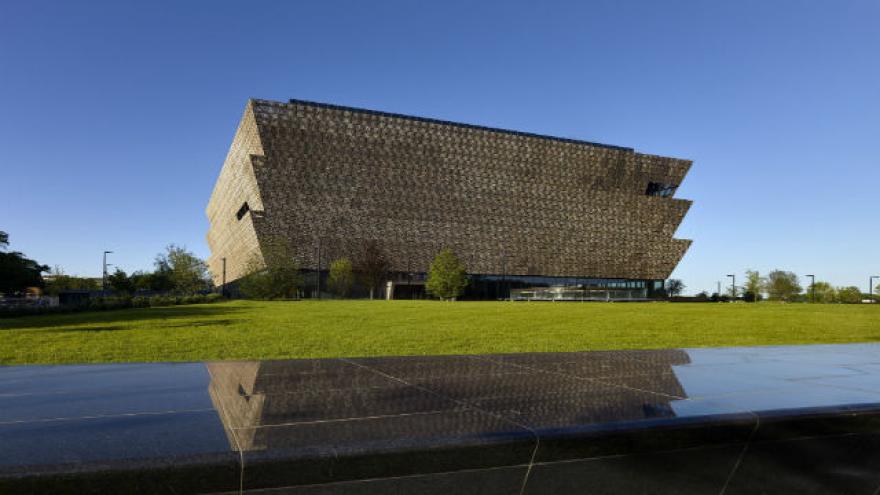 A view of the Smithsonian\'s National Museum of African American History and Culture, where two nooses were found recently. Photo courtesy Smithsonian Institution

(CNN) -- A noose has been found at a construction site in the District of Columbia, police said -- at least the fifth time this symbol of racial violence has turned up in the Washington area recently.

Officers went to a house under construction in southeast Washington on Thursday morning and "discovered a rope, tied in a noose, displayed by the front door," a police report said.

The property manager said the noose was not present when work ended the previous day, the report said.

The house is unoccupied and no arrests have been made.

Two nooses were found recently at the National Museum of African-American History and Culture. One was found last Wednesday in the history gallery and a security officer found another on a tree on the museum grounds May 26.

At American University, bananas hanging from nooses were found around campus in early May.

At the University of Maryland, a noose was left in the kitchen of the Phi Kappa Tau fraternity house in April.

Additionally, a piece rope was found on a bench at the MLK Center in Washington on Friday.

The nooses were condemned by local officials.

Washington Mayor Muriel Bowser issued this statement: "We are an inclusive city, and we do not tolerate signs of hate, ignorance and fear. I have directed the Metropolitan Police Department to investigate these incidents, the Office of Human Rights to activate our hate crimes protocol and the Office of Religious Affairs to engage faith leaders to be a resource for residents. ... Our diversity is what makes us stronger, and we will not relent in promoting and defending DC Values. We do not take these incidents lightly, and we will not accept that signs of hate are signs of our time."

Lonnie Bunch, a founding director of the Smithsonian National Museum of African American History and Culture, issued this statement: "The noose has long represented a deplorable act of cowardice and depravity -- a symbol of extreme violence for African Americans. Today's incident is a painful reminder of the challenges that African Americans continue to face."