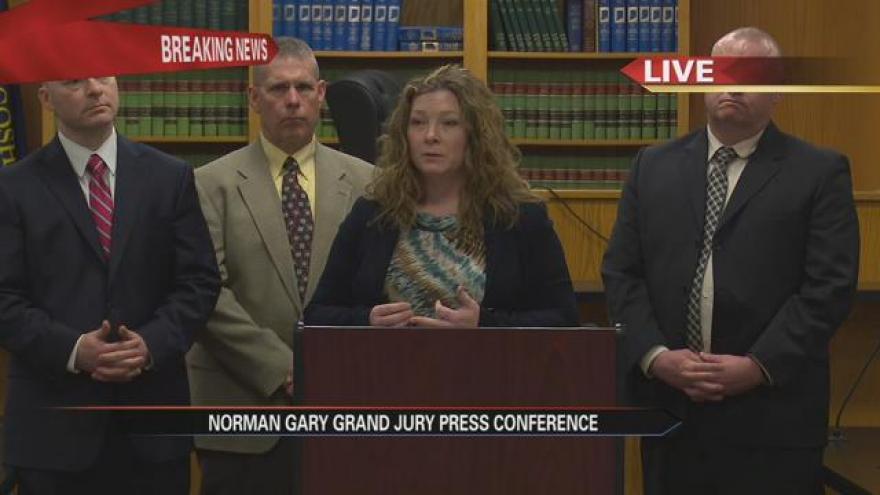 The officers who shot and killed Norman Gary in December 2016 outside a home on DeCamp Avenue will not face criminal charges for their actions. The officers' use of force was justified, Prosecutor Vicki Becker stated in a press conference after the Grand Jury decision.

Becker stated Gary was driving a vehicle towards Elkhart Police Sergeant Nathan Lanzen and Officer Leonard Dolshenko and they both fired shots at the driver.

Lanzen fired three times. One of his bullets struck Gary in the spine, the other struck his passenger, Jazzlyn Crase, in the leg.

Dolshenko fired five times. One of his bullets struck Gary in the hand.

The ISP lab was unable to determine which officer's gun fired the fatal shot, which struck Gary in the chest.

Becker stated no one should assume Gary was targeting the officers. His motives are unknown and he had alcohol and marijuana in his system at the time of the incident.

The Grand Jury convened on Monday to hear evidence regarding the fatal shooting. They met Monday, Tuesday and Wednesday.

We continue to support our officers, their families and the community. It is our hope that as a community we all move forward; continuing our efforts as a community to make Elkhart a better place to live, work and visit.