Are you wondering about this winter and what it will bring to Michiana? Well, there are multiple variables meteorologists look at to predict what any given winter will bring to an area. Anything from Pacific Ocean temperatures to what has happened thus far this year to how much snow is on the ground across North America and Siberia.

It's that last variable that we are going to investigate for you. When you hear the term "snow pack," simply think of it as the areas with snow on the ground at any given time. For example, if one said Canada's snow pack is low, that would mean most of the country has little to no snow on the ground.

So let's take a look at the snow pack across North America at two different points in time: November 16th of 2016 (a year that saw a winter with minimal snow in Michiana) and November 16th of this year. 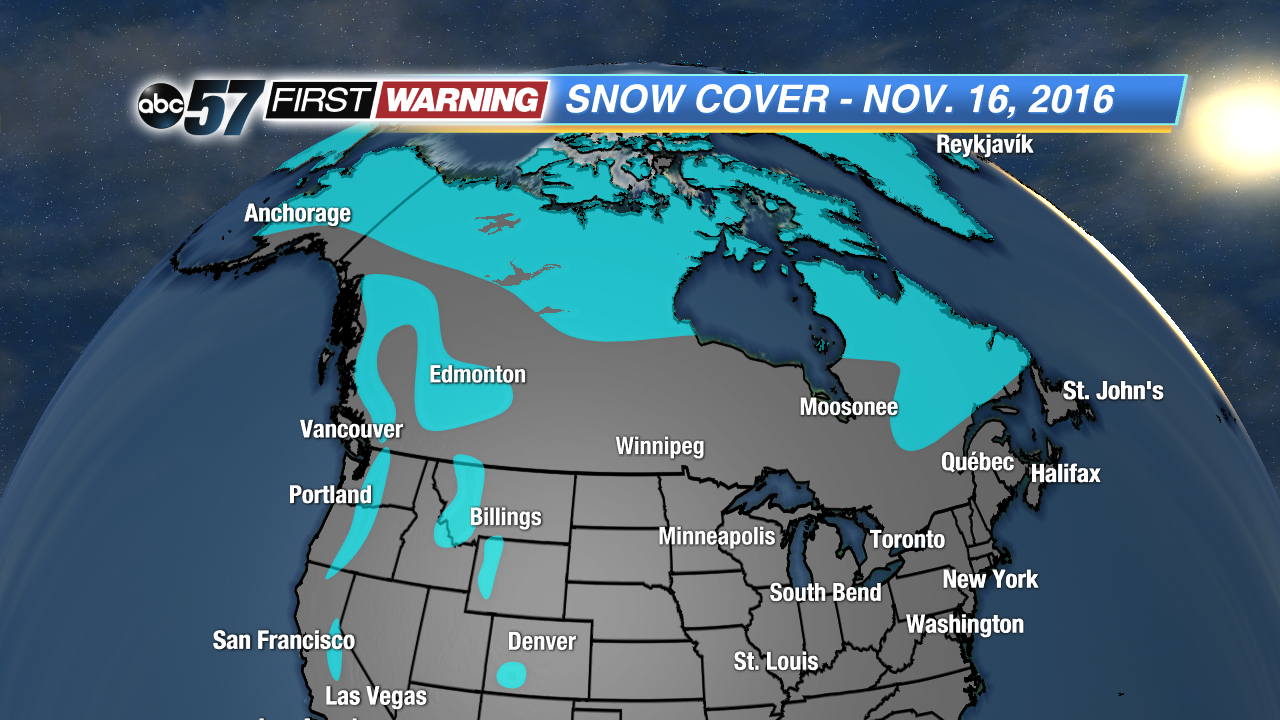 Snow coverage on November 16th, 2016. Notice the sparse coverage in the United States and even much of Canada.

Snow pack in 2016 by mid-November was lacking across the United States and much of Canada. A few mountaintops in California, Oregon, Washington, Montana, Wyoming, and Colorado saw some snow. Other than that, you had to venture to Alaska or northern Canada before you ran into any snow cover of more than 1".

Now, let's fast forward to this year. The difference in snow pack is quite remarkable. 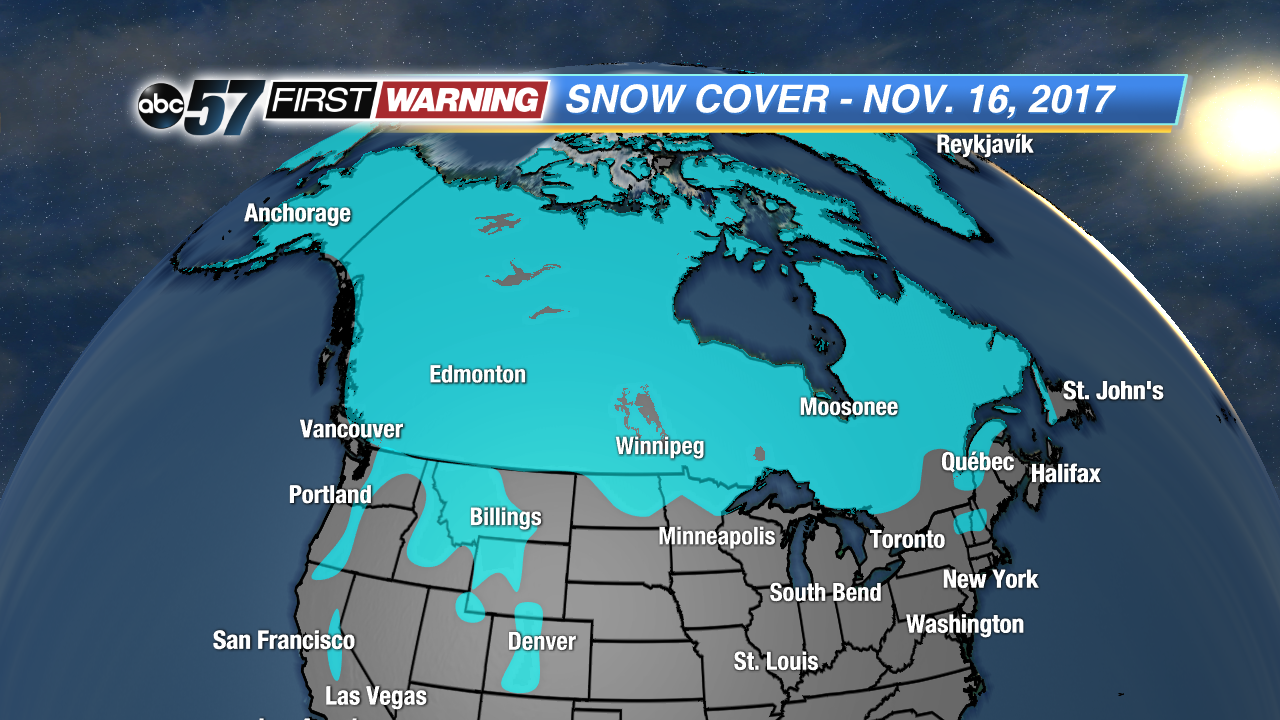 Nearly all of Canada is snow covered, and a good amount of the mountains out west are snow covered. There is even a little snow on top of the highest peaks in New Hampshire and Vermont! So, why discuss this? Well, to put it simply, snow pack up north does play a legitimate role in the forecast for Michiana and how much snow we see.

Where snow is on the ground, the air mass is usually colder and has a more difficult time warming up. Thus, when you have storm systems moving across that colder air mass, the chances of sufficient cold being in place to support snow as opposed to rain are higher. In other words, the more snow there is on the ground to our north and west, the better the probability of seeing wintry weather locally.

But there are many other factors that go into predicting how snowy any given winter will be. The complete 2017-2018 First Warning Neighborhood Weather Winter Forecast will be released Thursday at 11 PM.