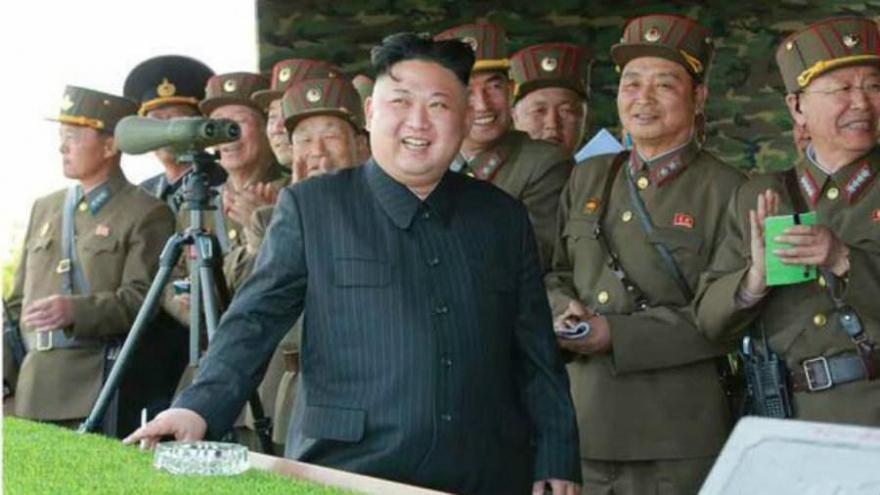 (CNN) -- North Korea has accused the US and South Korea of attempting to assassinate leader Kim Jong Un with a "bio-chemical substance."

The report claimed a North Korean citizen was involved in the plot, using "biochemical substances including radioactive substance and nano poisonous substance" to target Kim.

IS did not respond to a request for comment.

The KCNA report claimed the plot was "recently uncovered and smashed," and accused members of the CIA and IS of working with a North Korean citizen to provide money and weapons to carry out "state-sponsored terrorism."

A similar charge was laid against Pyongyang by Seoul in February following the murder of Kim Jong Nam, allegedly at the hands of North Korean agents.

The half-brother of Kim Jong Un was poisoned with the VX nerve agent while in Kuala Lumpur airport and died en route to a hospital.

North Korea has repeatedly denied any involvement in Kim's death.

For its part, South Korea has admitted to having plans in place to kill Kim.

Last year, lawmakers said Seoul "has a general idea and plan to use precision missile capabilities to target the enemy's facilities in major areas as well as eliminating the enemy's leadership."