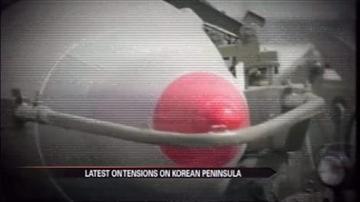 Tensions continue to escalate in the Pacific as North Korea moves one step closer to cutting all ties with the south.

The communist country suspended operations at a joint-run factory after blocking South Korean workers from entering.

Now there is concern that North Korea is getting ready for another nuclear test.

US satellites have been unable to track two missiles for almost a week and those missiles could pose a threat to the US military base in Guam.

"Any future nuclear test or missile launch would be in direct violation of UN Security Council resolutions and would lead to further pressure and isolation," said Patrick Ventrell, State Department.

The missiles North Korea moved could also be a threat to Japan so officials in Tokyo have deployed defense systems to guard against a possible attack.