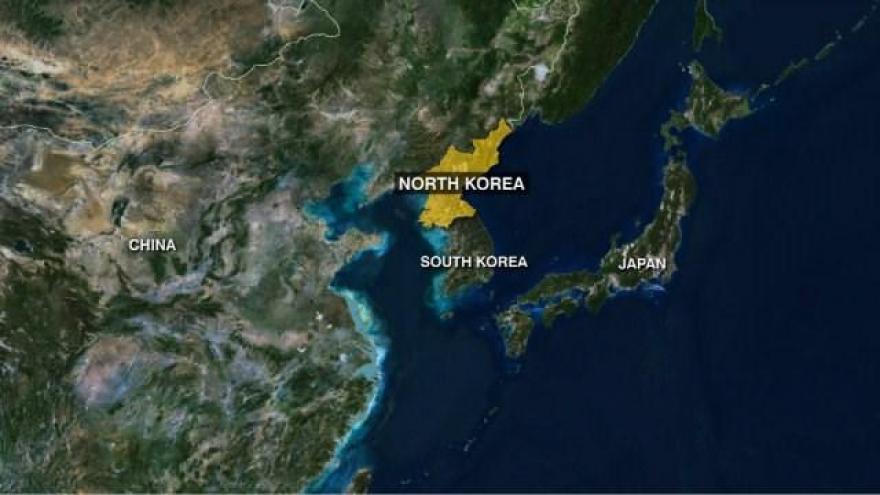 (CNN) -- North Korea fired an unidentified ballistic missile from an area near Pukchang, according to the South Korean military's Joint Chiefs of Staff.

"Our military is closely monitoring North Korea and is maintaining readiness posture," the statement said.

The missile was launched Sunday at about 4:59 p.m. Seoul time from a site in the vicinity of Pukchang county, which is home to North Korea's largest power plant.

It seems to have fallen into the Sea of Japan, also known as the East Sea, but not within Japan's exclusive economic zone, Japanese Chief Cabinet Secretary Yoshihide Suga said in a press briefing.

Authorities have not received any reports of damage on ships or planes, Suga said.

A White House official said the projectile was a medium-range ballistic missile, a system that North Korea tested in February.

The missile tested in February was a Pukguksong-2, a medium long-range ballistic missile, officials said. It was the first test by Pyongyang since President Donald Trump was inaugurated.

Sunday's launch comes days after the US sent a second aircraft carrier -- the USS Ronald Reagan -- to the region. The carrier is conducting a variety of training exercises along the USS Carl Vinson, which has been at the Korean Peninsula since late April.

Japanese Prime Minister Shinzo Abe condemned the launch and said it was "obviously" violating the UN resolution and the "repeated provocative acts by North Korea are totally unacceptable."

It's the second from North Korea since South Korean President Moon Jae-in took office earlier this month. Moon has advocated dialogue with North Korea to denuclearize.