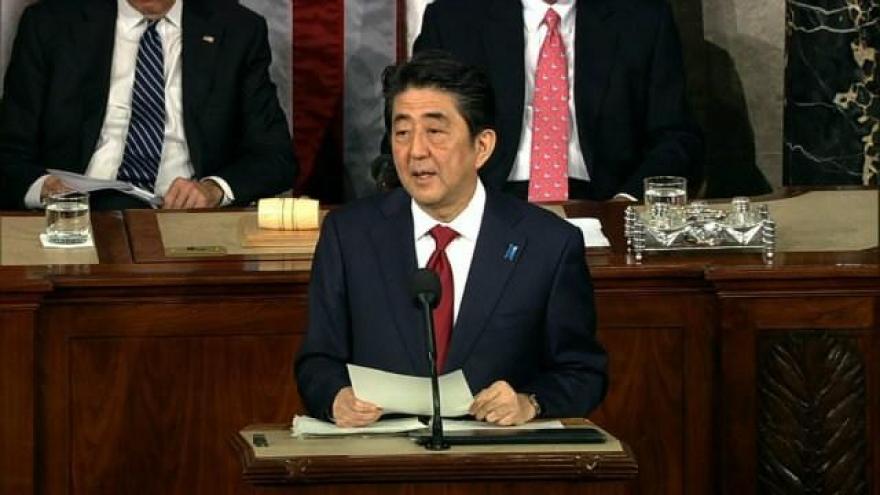 By Ben Westcott, CNN(CNN) -- The leaders of China and North Korea have exchanged personal messages, according to North Korean state media, a rare move that could signal a thaw in strained top-level diplomatic relations.

Xi said he wanted to help promote "more wonderful happiness" in both countries while "defending regional peace," in a statement which was published by North Korean state news agency KCNA on Thursday.

"I wish that under the new situation the Chinese side would make efforts with the (North Korean) side to promote the relations between the two parties," Xi's message said.

Hua said Xi's message was a normal courtesy in response to Pyongyang's congratulations.

"China and North Korea are neighbors -- and we are dedicated to developing our traditionally friendly party-to-party and state-to-state relations," Hua said.

The apparent efforts by Xi to repair diplomatic relations on the Korean Peninsula come just days before US President Donald Trump embarks on his first visit to Asia as president, which will include a trip to South Korea.

John Delury, associate professor of Chinese studies at Yonsei University in Seoul, told CNN under normal circumstances the message would be little more than a diplomatic nicety.

"But, comparatively speaking, the channel between Xi and Kim has been restricted for years. This message shouldn't be news, but we pay attention to it because the channels got so bad," he said.

On paper, China is North Korea's closest and most powerful ally but it's no secret that relations between Beijing and Pyongyang have been at a low point in recent years.

Xi and Kim have never met in person, but last year a high-level North Korea delegation met the Chinese leader in Beijing.

North Korea has also conducted provocative missile tests during high-profile and politically sensitive Chinese events, such as the One Belt One Road international forum held in Beijing in May.

Neither China nor North Korea sent the standard congratulatory message on their respective national days in 2017, according to Delury, a sign relations had deteriorated between the formerly close allies.

"This is not fulsome, it's not a love fest ... (but) I do think Xi Jinping is working on repairing ties to Kim Jong Un and we're seeing Kim reciprocate somewhat. These are baby steps, it's not a breakthrough," he said.

Nick Bisley, professor of international relations at Melbourne's La Trobe University, told CNN that if the reports are accurate, Xi's outreach to Kim could be directly linked to Trump's imminent arrival in Asia.

"(It's) a not-too-subtle signal to Trump that we're not going to move on North Korea in the way you want us to ... (and) to lower your expectations before you come and that way both of us can have not as publicly as embarrassing time as we would otherwise," he said.

It comes just days after China and South Korea put aside a yearlong feud over the deployment of the THAAD missile defense system by Seoul, aimed at protecting against North Korean aggression.

In a joint statement by both countries, Beijing and Seoul agreed to work towards resuming "exchanges and cooperation" as soon as possible.

Until this week, China had seen a lengthy period of unusually chilly relations with both North and South Korea, two of the country's closest neighbors and important geopolitical partners.

"The obvious point to make has been China can't be having a successful Korean Peninsula policy when it has poor relations with both North and South," Euan Graham, director of the International Security Program at Sydney's Lowy Institute, told CNN.

"You'd have to go back a long way to find relations at such a low ebb in both countries."

China has regularly been under pressure from the United States, under Trump, to use its diplomatic sway with North Korea to help end the prolonged nuclear standoff on the Korean Peninsula.

But Mike Chinoy, former CNN international correspondent and the author of "Meltdown: The Inside Story of the North Korean Nuclear Crisis," said in August there was actually very little Beijing could do in the current climate.

Bisley said the next step to look out for if relations are really improving would be a visit by a top North Korean or Chinese official.

"Some visible stuff, press releases in (Chinese state media) Xinhua which say, 'We're talking.' You're not going to see Kim Jong Un turn up in Beijing tomorrow," he said.