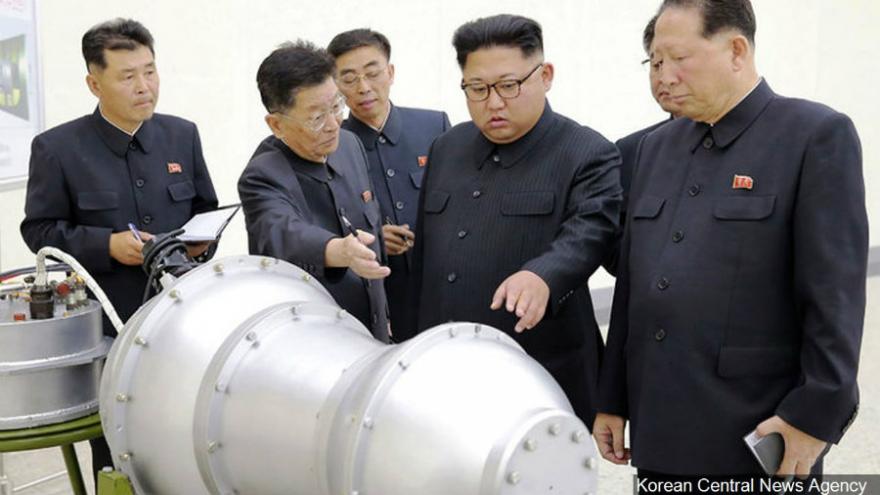 (CNN) -- North Korea will remain committed to the country's nuclear development in 2018, according to a report released Saturday by state-run news agency KCNA.

"Do not expect any change in its policy," the report read.

"Its entity as an invincible power can neither be undermined nor be stamped out. The DPRK, as a responsible nuclear weapons state, will lead the trend of history to the only road of independence and justice, weathering all tempests on this planet," the report continued, referring to North Korea's official name, the Democratic People's Republic of Korea.

The report, titled "No Force Can Prevail over Independence and Justice," provided a timeline of the country's alleged 2017 nuclear weapon achievements, mostly focused on possible US engagement.

North Korea will "continue bolstering the capabilities for self-defense and preemptive attack with the nuclear force as the pivot as long as the US and its vassal forces persist in nuclear threat," the report said.

North Korea boasted about its new capability to strike "the heart of the US" and its new "status" as a "world-class nuclear power." It said it will "deal with the US's most ferocious declaration of war with fire surely and definitely."

Throughout 2017, North Korea has conducted a series of ballistic missile tests, despite constant criticism from the West and trade sanctions.

The most provocative moment came November 29 when North Korea said it successfully tested a new type of intercontinental ballistic missile, topped with a "super-large heavy warhead," which was capable of striking the US mainland.

This missile flew higher and farther than any other previous tests and came came after a break of almost two months in testing.

The UN Security Council responded by adopting a new set of severe US-drafted sanctions designed to further strangle North Korea's energy supplies and tighten restrictions on smuggling and the use of North Korean workers overseas.North Korea called those sanctions "an act of war" and said the United States and other nations that supported the strict measures will pay a heavy price.Russia even volunteered to act as a mediator between the United States and North Korea.