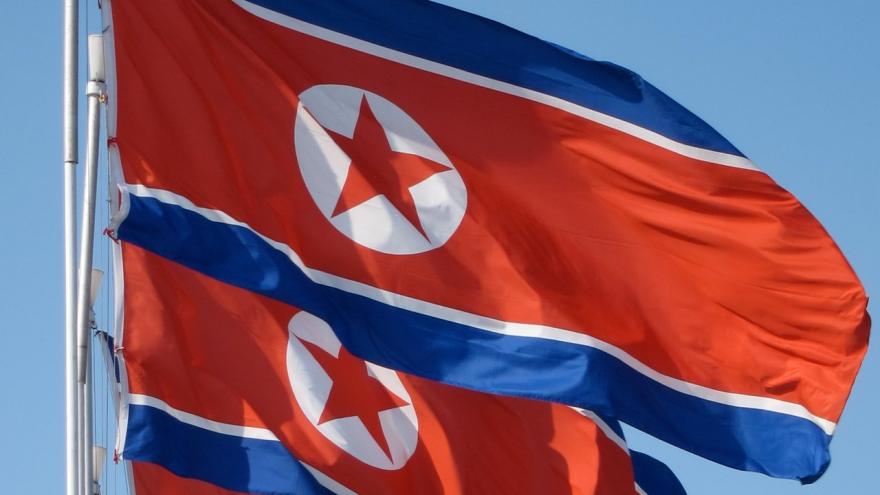 (CNN) -- North Korea claims to have conducted its first successful test of a long-range missile that it says can "reach anywhere in the world."

Tuesday morning's missile test reached a height of 2,802 kilometers (1,741 miles), according to state broadcaster Korea Central Television, which would be the highest altitude a North Korean missile had ever reached.

The country claimed it was an intercontinental ballistic missile, or ICBM, which would put the United States on notice that Pyongyang could potentially hit the US mainland.

US military analysts believe it probably was a two-stage ICBM, said a US official with knowledge of the Americans' analysis.

North Korea appears to have timed the launch for maximum political effect, giving the order to fire on the eve of the July Fourth holiday, just days after President Donald Trump spoke with Japanese and Chinese leaders about the North Korean threat and before this week's G20 meeting.

The fear is that North Korea may one day develop the technology to mount a miniature nuclear warhead on a long-range missile, something analysts say it may have already achieved.

Trump's reaction to the launch was scathing. "North Korea has just launched another missile. Does this guy have anything better to do with his life?" Trump asked on Twitter, referring to North Korean leader Kim Jong Un.

"Hard to believe that South Korea and Japan will put up with this much longer. Perhaps China will put a heavy move on North Korea and end this nonsense once and for all!"

US national security, military and diplomatic officials were holding an unplanned meeting Tuesday to discuss US options if it determines North Korea did test an ICBM, several administration officials said.

If it was an ICBM, Trump could approve a "measured response," one official told CNN. Nothing has been decided, but such a response could include sending additional US military assets to the region and diplomatic efforts such as more sanctions, the official said.

President Vladimir Putin said Russia would work with China to resolve the crisis. At a joint news conference Tuesday in Moscow with Chinese President Xi Jinping, Putin said: "It is very important to push forward our joint initiative on settling the Korean problem with a view of immediately freezing the ballistic missile strikes and also dealing with the US deployment of weapons in South Korea."

Russia and China are irked by the deployment of a controversial missile defense system, which they said fuels an arms buildup on the Korean Peninsula. Analysts believe Moscow and Beijing also are motivated by concerns the system's powerful radar could be used to monitor activity in both Russia and China.

Russia threw its support behind a Chinese proposal to de-escalate tensions, which the United States has previously rejected.

"The situation on the Korean Peninsula is sensitive and complex," Ministry of Foreign Affairs spokesman Geng Shuang said. "We hope all relevant parties will exercise restraint and avoid taking actions that may escalate tensions."

South Korean President Moon Jae-in warned North Korea not to cross the "bridge of no return" and called on China to play a stronger role in resolving the situation.

Nikki Haley, the US ambassador to the United Nations, told Chinese Ambassador Liu Jieyi, president of the UN Security Council, that she wants an emergency session on North Korea, according to a tweet from Haley spokesman Jonathan Wachtel.

"This action is yet another brazen violation of Security Council resolutions and constitutes a dangerous escalation of the situation," Guterres said through his spokesman Stephane Dujarric. "The DPRK leadership must cease further provocative actions and comply fully with its international obligations."

Most successful test yet

The launch was North Korea's 11th missile test this year and comes amid increasing frustration from Trump about the lack of progress in curbing Pyongyang's nuclear and ballistic missile programs.

A Japanese defense official said North Korea's missile, referred to as Hwasong-14 on state TV, flew into waters east of the Korean Peninsula and may have landed in Japan's exclusive economic zone, which extends 200 nautical miles from its coastline.

The US Pacific Command said it tracked the missile for 37 minutes and described it as a "land-based, intermediate range ballistic missile." Japan reported that its flight time was 40 minutes.

It was launched from Panghyon, in North Pyongan province, and traveled more than 930 kilometers (578 miles), according to South Korea's military -- further than a May 14 missile launch that analysts described as North Korea's most successful test ever. That launch reached a then-record altitude of around 2,100 kilometers (1,300 miles).

South Korea said the missile had an "improved range" compared with the May launch.

'One successful test doesn't get them over the bar'

But one apparently successful test doesn't necessarily mean that North Korea has the global capability it claimed, said Euan Graham, director of the international security program at Sydney's Lowy Institute for International Policy.

"If the North Koreans are claiming they can launch an ICBM (to) anywhere in the world, that needs to be looked at through a technical lens," he said.

"One successful test doesn't get them over the bar; they're claiming more than they can deliver at the moment."

"You can't hardly fire a missile from North Korea that's got a thousand-kilometer range without it going into somebody's exclusive economic zone. The bottom line is, they've flown it very high so that they can test the range of the missile," Bennett said.

"If they were to shoot it on a normal trajectory, it's probably going to go out 6,000 or so kilometers. By definition, anything over 5,500 kilometers is an ICBM."

Russia, which shares a small border with North Korea, cast doubt on Pyongyang's assertion that an ICBM was fired.

The Russian Defense Ministry said it believed the missile reached an altitude of 535 kilometers (332 miles) and traveled 510 kilometers (317 miles), according to the state-run news agency Sputnik.

"The parametric data of the ballistic target's trajectory matches the performance characteristics of a medium-range ballistic missile," the ministry said.

Melissa Hanham, a senior research associate at the James Martin Center for Nonproliferation Studies, said an ICBM test would put the United States in a difficult negotiating position.

"I think there's room for negotiation, but it's not the kind of negotiations we want," Hanham said.

The United States can now only work toward limiting, not eliminating, the North Korean missile threat to the US mainland, she said.

CNN's Paula Hancocks in Seoul, Joshua Berlinger in Hong Kong, Yoko Wakatsuki in Tokyo, Ryan Browne and Barbara Starr in Washington and K.J. Kwon in Atlanta, and journalist Yoonjung Seo in Seoul contributed to this report.