Not removing snow and ice from your vehicle could cost you

NOW: Not removing snow and ice from your vehicle could cost you 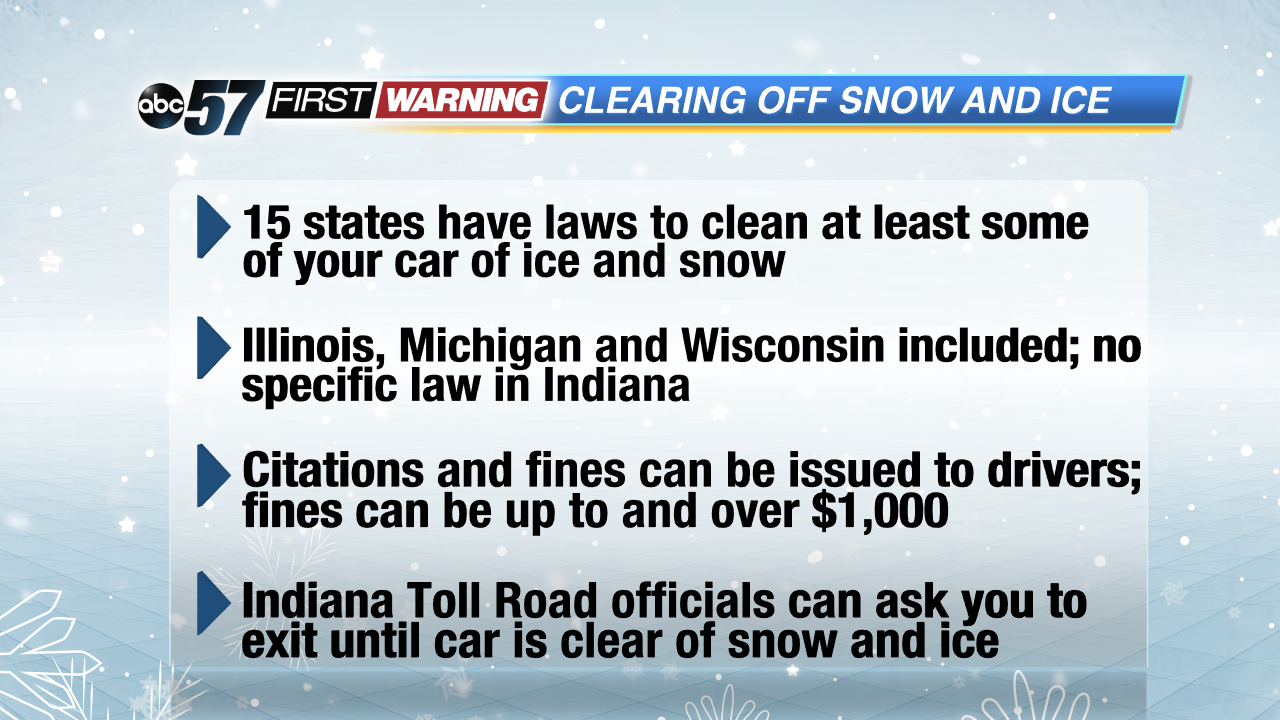 Picture yourself running late for work on a morning after 6" of snow fell. Your car is covered in snow and a layer of ice is covering your windshield and windows. Normally you would clear your car off, but because you're running late for work, you decide to clear just enough off to see. If you live in certain states, doing this could get you pulled over with a fine on your hands. Even worse, it could lead to injuries and possibly deaths. The dangers associated with leaving snow and ice on your vehicle while driving at high rates of speed are very real. There have been multiple instances in which accidents with injuries and even fatalities have occurred as a result of someone not clearing their vehicle off all the way.

In fact, 15 states have some sort of rule or law requiring motorists to remove snow and ice from at least part of their vehicle before hitting the road. 10 of those states could issue fines if you break those laws. Locally, Illinois, Wisconsin and Michigan make that list. In Michigan, it is illegal to drive with snow or ice accumulation on your windshield, windows, roof, head lights, and tail lights. Some states only require that you clear your windshield and windows, while others require you to clean your roof, windshield and windows. It truly depends on what state you live in. Not only that, but it depends on what city, township and community you live in as well. Some cities and communities have laws that may not exist at a state level.

Fine amounts vary state by state, but they can reach and even exceed $1,000 depending on the exact situation. In Indiana, while no specific laws exist currently, Indiana Toll Road officials do reserve the right to ask you exit and clear your vehicle of snow and ice. 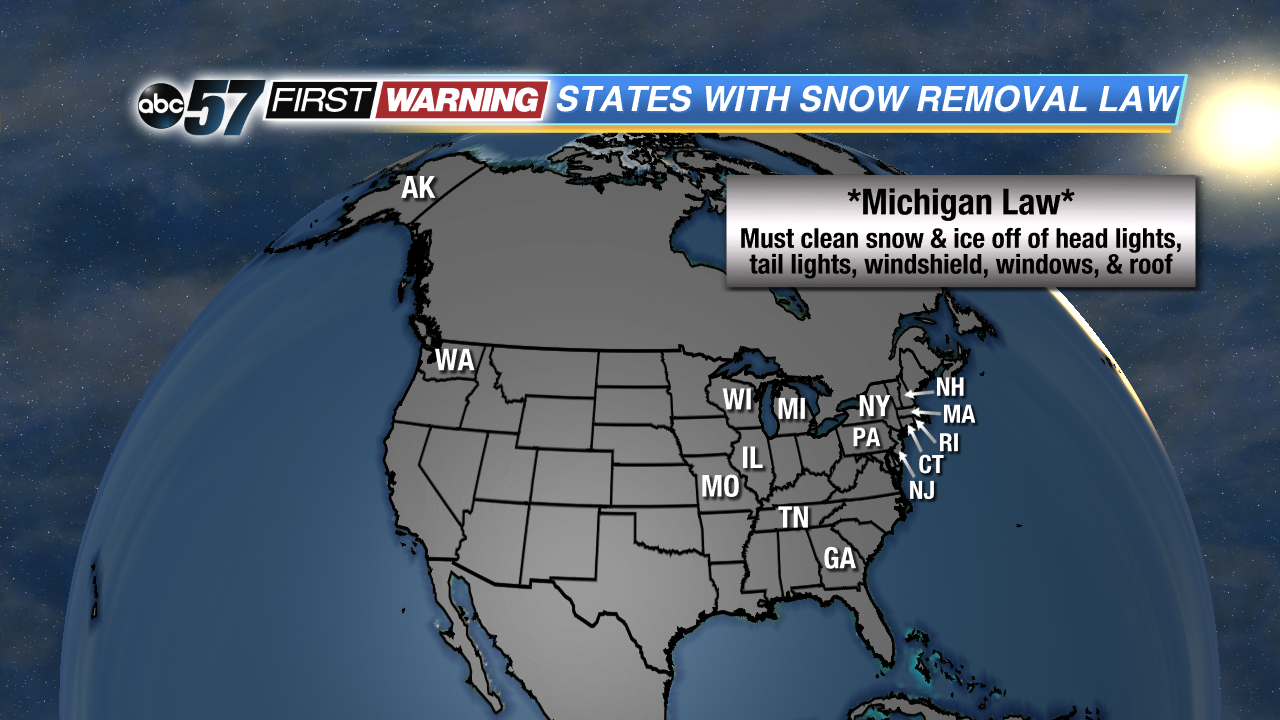 Many Michiana drivers say they were not even aware that Michigan had these laws in place. And, according to a survey ABC57 News put on Facebook, a number of drivers believe Indiana should enact similar laws. What do you think?

Just remember, taking that extra step and giving yourself extra time in the morning to clear off your vehicle not only makes your commute safer for everyone, but it could also save you from a fine.