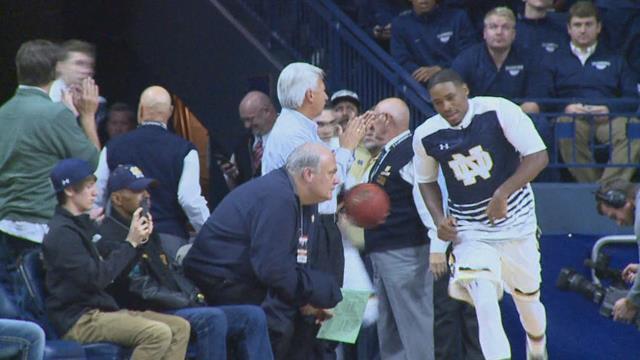 The stands were filled for the season opener as the 2015 ACC championship banner was unveiled.

“We took a big step last year in becoming a national program and I think the students recognize that and I think we’re excited,” said Notre Dame sophomore Julio Salazar.

Salazar has been to every home basketball and football game during his time at the school.

With such a great season for Notre Dame football, Salazar says he hopes to see the men's basketball team do as well on the court this year as the football team has performed on the field.

“Anytime you have one team that’s really good, and traditionally that’s been the football team, it makes the other teams want more," said Salazar.

Many students hope the school's winning athletic season will continue.

But whether it's football or basketball, fans of the Fighting Irish are standing behind their boys.

“I feel really good about the football team but it’s also really good to have basketball back.”I just love it. It means community, being a part of the Notre Dame family," said Salazar.