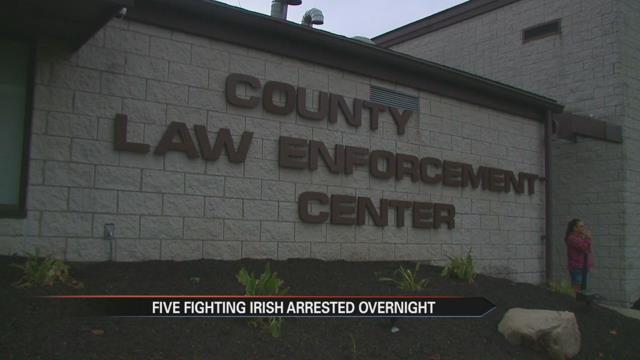 Sgt. Tony Slocum says it was a simple traffic stop originally, as a trooper's radar had caught them driving 73 mph in a 60 mph zone.

When the trooper walked to the driver's side of the car, he smelled marijuana, reports said.

Reinforcements arrived at the scene, and a drug sniffing dog confirmed the presence of narcotics.

With subsequent searching, troopers say they located a loaded handgun in the back seat, where Redfield, Stepherson Jr., and Williams were sitting. They will face an additional charge for possession of a handgun without a license.

Sgt. Slocum says the Indiana State Police will handle it separately from Notre Dame, as per standards set by the university.

The football players were released on bond around 12:30 p.m.