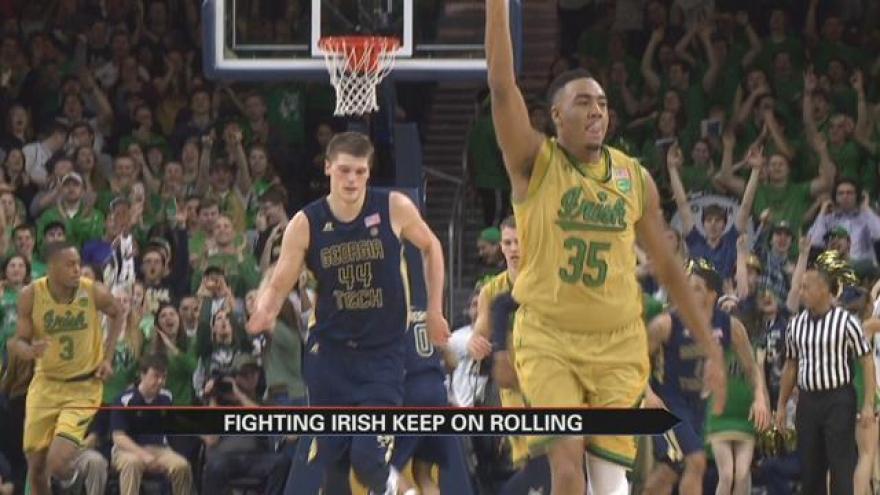 The Irish are going dancing once again.

The Notre Dame Men's Basketball team learned it would be a part of the 68 team NCAA Tournament field Sunday evening. Mike Brey's team is seeded fifth in the West Region and will take on the 12th seeded Princeton Tigers Thursday at 12:15 PM ET in Buffalo, New York.

"It's fun to be a part of, it's fun seeing your name up there so we're excited and we'll get ready for them tomorrow," Junior Guard Matt Farrell said.

Notre Dame is the only team in the field to reach the elite eight the past two seasons. The Irish are making a habit of getting to the tournament, going seven of the past eight seasons, but seniors Steve Vasturia and V.J. Beachem are well aware of what it's like to not be called on Selection Sunday, and are reminding the younger players to not take this for granted.

"It's a great feeling just to be in the NCAA Tournament, you know because we didn't make it my freshman year, you know that's something we talk to the young guys about you know  it's very valuable, you never know if you're going to get back to it again, so to be in it no matter what our seeding is, no matter where we're playing is a great feeling," Beachem said.

"Coach Brey just talked about not taking it for granted and I know how it feels to not be in the tournament and most of the guys on this team don't know how that feels so to see your name come across you know it's still a cool feeling,"

For a complete bracket, click here. ABC 57 will be live in Buffalo starting Wednesday getting you all set for the 2017 NCAA Tournament