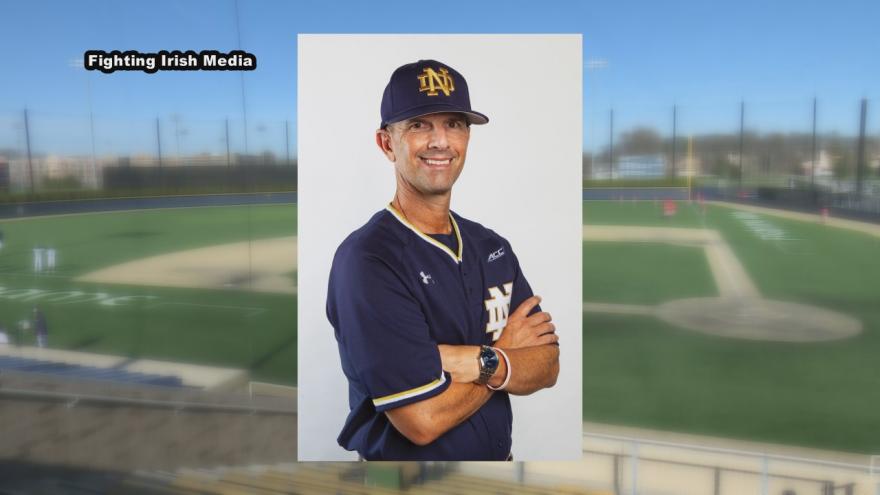 SOUTH BEND, Ind. - Just over a month after announcing that former Notre Dame baseball coach Mik Aoki would not return, the school announced his successor.

Link Jarrett takes the helm to lead the Irish after spending seven seasons as head coach at UNC Greensboro.

“I’d like to thank Jack Swarbrick and Jody Sadler for navigating this process and giving me the opportunity to lead this baseball program,” Jarrett said in a university release. “It is truly an honor to be the head coach at Notre Dame.”

Jarrett, who was twice named the Southern Conference Coach of the Year, helped the UNCG Spartans snap a 20-year NCAA Tournament drought in 2017, a highlight of their current four-year streak of at least 34 win seasons. He also led the team to its second regular season regular season conference title (2018) and its first-ever conference tournament title (2017) during that stretch, a run of success he hopes to bring to Notre Dame.

“I want to build this program into one that will contend for championships in the ACC," he said. "We have to work tirelessly to upgrade everything that we do in our program. I want this program to be a model of consistency and excellence in college baseball.”

Jarrett's baseball resume extends beyond his time in Greensboro, serving as an assistant coach at multiple stops. In 2010, he was named the SEC Assistant Coach of the Year while on Auburn's staff. His other stops include Florida State, Mercer, and East Carolina.

“Link was a self-made player," said Mike Martin, who coached Jarrett at Florida State before Jarrett was drafted by the Rockies in 1994. "He got my attention early with his work ethic, intelligence, and desire. When he became a coach with us, it truly reinforced what I had always thought – that one day he was going to be a Division I head coach. Notre Dame will excel under his leadership.”

Notre Dame athletic director Jack Swarbrick echoed that confidence in the release, citing Jarrett's accomplishments as a coach and player as well as his team's academic achievements.

“We are thrilled to welcome Coach Jarrett and his family to the Notre Dame family," Swarbrick said. “Link brings a remarkable baseball pedigree to the job, as an elite player, an assistant coach with some of the country’s best collegiate programs, a highly successful head coach, and even as a parent of a current college baseball player. But perhaps most importantly, Link’s passion for teaching young men through baseball matches perfectly with the mission of Notre Dame Athletics.”