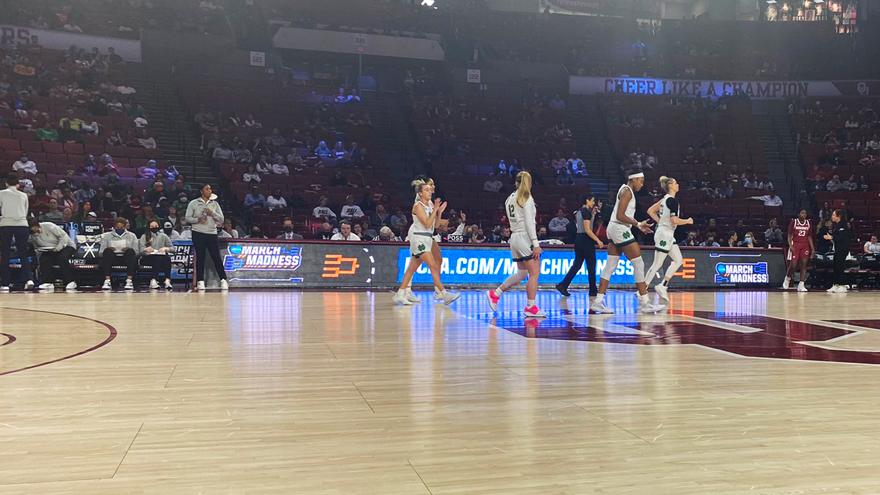 The Notre Dame women’s basketball team defeated Oklahoma Monday night by a score of 108 to 64 to advance to the Sweet Sixteen round of the NCAA Tournament.

While facing an Oklahoma team who had home court advantage, the Irish were able to achieve a season-high record for points scored.

“It'll definitely be a packed house, and I think we're really excited about it, and we're excited for the energy that it's going to bring, and just trying to silence the crowd, and come out and play how we know how to,” said Maddy Westbeld prior to Monday's game.

Both teams had similar records with just three losses this season prior to Monday's Round of 32 matchup.

The Irish grabbed early control of Monday's matchup. They led 35 to 12 after the first quarter, and led 60 to 25 going into halftime

With this win over Oklahoma, the Irish are now slated to face one seeded North Carolina State in the Sweet Sixteen on Saturday in Bridgeport, Connecticut.

The Irish defeated North Carolina State in their latest matchup at Purcell Pavilion on February 1 by a score of 69 to 66.